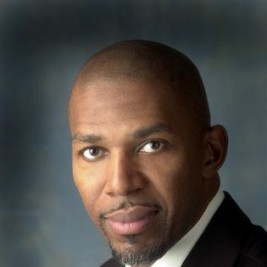 Businesses, Non-profit organizations, event planners and companies across the country have worked closely with our booking agents to hire Thurl Bailey for a speaking engagements, guest appearances, product endorsements and corporate events. Many of those same clients have continued to turn to our speakers bureau as we can easily align Thurl Bailey’s availability with their upcoming seminar, gala, annual conference, corporate function, and grand opening. Our close relationship with Thurl Bailey’s booking agent and management team further enables us to provide inquiring clients with Thurl Bailey’s speaking fee and appearance cost.

If your goal is to hire Thurl Bailey to be your next keynote speaker or to be the next brand ambassador our celebrity speakers bureau can assist. If Thurl Bailey’s booking fee is outside your companies budget or your unable to align with his appearance availability, our booking agents can provide you a list of talent that aligns with your event theme, budget and event date.

Thurl Bailey was born April 7, 1961 in Washington, D.C. and is a retired professional basketball player whose NBA career spanned from 1983 to 1999 with the Utah Jazz and the Minnesota Timberwolves.

Bailey attended North Carolina State University and was a leader in the Wolfpack's miracle run to the 1983 NCAA Championship. That year, under head coach Jim Valvano, he led the Wolfpack in both scoring and rebounding. The Utah Jazz selected him as the 7th pick of the 1983 NBA Draft. Jazz management reported that he was selected for the quality of his character, as well as the quality of his game. This was the beginning of 16 years of his playing professional basketball, 12 of those years were with the NBA.

Throughout his career Bailey has also been involved in community service. He has directed basketball camps for youth since 1984 in which he teaches young people lessons about life and basketball. Bailey's basketball camps often focus on students with serious illnesses or disadvantaged backgrounds. Bailey's record of service has resulted in numerous awards for leadership and contributions to the community. Included in his awards are: the NBA's prestigious Kennedy Community Award, the Utah Association for Gifted Children's Community Service Award, Sigma Gamma Chi fraternity's Exemplary Manhood Award, the Great Salt Lake Council of the Boy Scouts of America's American Champion Award and the Italian League's 1998 All Star Games Most Valuable Player.

Bailey currently is a public speaker, a broadcast analyst for the Utah Jazz and the University of Utah, an actor, and a singer/song writer. Bailey's music includes uplifting songs as well as a fusion of R&B and Nu Soul. His albums include Faith In Your Heart (1998), The Gift of Christmas (2001), and I'm Not the Same (2002). In addition to his music, he has appeared in a few films.