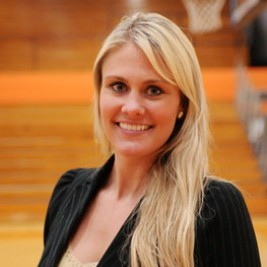 If your goal is to hire Brittany Jackson to be your next keynote speaker or to be the next brand ambassador our celebrity speakers bureau can assist. If Brittany Jackson’s booking fee is outside your companies budget or your unable to align with his appearance availability, our booking agents can provide you a list of talent that aligns with your event theme, budget and event date.

Brittany Jackson graduated from the University of Tennessee where she was a four-year starter for the UT Lady Vols women's basketball team under the legendary Pat Summitt, one of the NCAA's toughest and most distinguished coaches, from 2001-2005, helping her team reach the Final Four all four seasons and the National Championship games in 2003 and 2004. As a senior, Brittany was named to the SEC All-Tournament team.

Brittany played for the San Jose Spiders of the NWBL. She also played in the Turkish basketball league where she led the league in scoring.

In January, the following year, she traveled to Poland to play and shortly after signed with the Atlanta Dream.

She has traveled the world as one of the most recognizable names in women's basketball and has conducted many camps and clinics throughout the United States and Europe.

Brittany, a Tennessee native, has also been extremely active in a number of community service outreach efforts including; the American Cancer Society, Knoxville's Promise, The Race for the Cure, and the Boys & Girls Club.