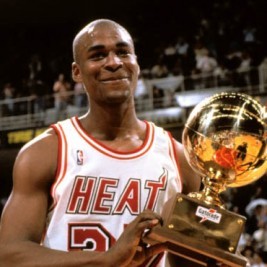 Businesses, Non-profit organizations, event planners and companies across the country have worked closely with our booking agents to hire Harold Miner for a speaking engagements, guest appearances, product endorsements and corporate events. Many of those same clients have continued to turn to our speakers bureau as we can easily align Harold Miner’s availability with their upcoming seminar, gala, annual conference, corporate function, and grand opening. Our close relationship with Harold Miner’s booking agent and management team further enables us to provide inquiring clients with Harold Miner’s speaking fee and appearance cost.

If your goal is to hire Harold Miner to be your next keynote speaker or to be the next brand ambassador our celebrity speakers bureau can assist. If Harold Miner’s booking fee is outside your companies budget or your unable to align with his appearance availability, our booking agents can provide you a list of talent that aligns with your event theme, budget and event date.

Harold Miner was born May 5, 1971 in Inglewood, California and is a retired American professional basketball player and two-time champion of the National Basketball Association (NBA) Slam Dunk Contest. He attended college at the University of Southern California (USC) and was a star player on that school's men's basketball team. He left school in 1992 to pursue his professional career, and played in the NBA for the Miami Heat and Cleveland Cavaliers.

Miner left college after the 1992 season and declared himself eligible for the 1992 NBA Draft. He was selected by the Miami Heat with the draft's 12th overall pick.

Miner won the NBA Slam Dunk Contest twice, in 1993 and 1995. In the 1995 contest, Miner defeated Isaiah Rider, who had won the previous year, solidifying Miner as one of the game's best dunkers. However, his playing career proved unremarkable and failed to live up to the high expectations with which it began. Despite his dunking prowess, Miner did not get much playing time from Heat coaches, Kevin Loughery and Alvin Gentry.

After the 1995 season, Miner was traded to the Cleveland Cavaliers. He averaged only 3.2 points and 7.2 minutes per game for the Cavaliers. On October 18, 1995 he was traded to the Toronto Raptors for Victor Alexander, but that trade was rescinded 4 days later when Alexander failed his physical. Miner played five scoreless minutes in his last NBA game, a 26-point loss to the Chicago Bulls on February 20, 1996. Cleveland waived Miner, having played him in only 19 games that season. He tried out for the Toronto Raptors the following year but was cut during the preseason. Rather than continue to pursue a career in professional basketball, either in the NBA or overseas, Miner retired from the sport. He later said that his decision was prompted by the many knee injuries he suffered during his career.

As of 2011, Miner had settled in Las Vegas, Nevada, and was married with two children. He said that he had invested wisely the money he had earned in salary and endorsements during his playing career, allowing him to remain a stay-at-home father, rather than needing to seek employment. Over most of the time since his retirement from basketball, he had been disinclined to give interviews or make public appearances, instead remaining private and largely inaccessible. In 2010, however, he agreed to an interview in which he indicated a desire begin reconnecting with the University of Southern California and with some of his acquaintances from playing days.

In 2011, Miner appeared at the Pacific-10 Men's Basketball Tournament, to be inducted into that conference's basketball Hall of Honor, and indicated he planned to attend the retirement of his jersey by USC later that year. Miner tied his previous seclusion largely to his disappointment with his professional career. Explaining his public reemergence, he said, "I guess I feel like I'm over it now. I've kind of purged my system and come to a point of accepting what happened with my career: that I wasn't able to live up to my own personal expectations."