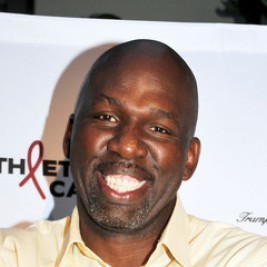 Businesses, Non-profit organizations, event planners and companies across the country have worked closely with our booking agents to hire Olden Polynice for a speaking engagements, guest appearances, product endorsements and corporate events. Many of those same clients have continued to turn to our speakers bureau as we can easily align Olden Polynice’s availability with their upcoming seminar, gala, annual conference, corporate function, and grand opening. Our close relationship with Olden Polynice’s booking agent and management team further enables us to provide inquiring clients with Olden Polynice’s speaking fee and appearance cost.

If your goal is to hire Olden Polynice to be your next keynote speaker or to be the next brand ambassador our celebrity speakers bureau can assist. If Olden Polynice’s booking fee is outside your companies budget or your unable to align with his appearance availability, our booking agents can provide you a list of talent that aligns with your event theme, budget and event date.

Entrepreneur and humanitarian, Olden Polynice, is a former National Basketball Association (NBA) player who spent 15 years in the league. In 2008, Polynice started Nextstar Basketball which trains NBA, College and High School hopefuls. His foundation which was established in 1991, the Olden Polynice HOOP Foundation provides support to inner city youth in the U.S. and Haiti. His collaboration with the Clinton-Bush Haiti Fund is to increase the awareness and support for Haitian relief.

Polynice was drafted 8th overall in the 1987 NBA draft by the Chicago Bulls, and later traded to Seattle for Scottie Pippen, a trade which forfeited his opportunity to play with Michael Jordan which ultimately would have led to his share of many NBA titles. Nonetheless, Polynice has established himself as one of the league's most unforgettable players. During a remarkable 15 year career, Polynice played for the Seattle Supersonics (twice), Utah Jazz, Los Angeles Clippers (twice), Sacramento Kings and the Detroit Pistons.

Polynice's contribution to the NBA is marked in history. He played in 1,059 NBA games including 22 playoff games. His career high's includes 30 points and 25 rebounds and is recognized as a top rebounder and defender. Polynice was ranked in the top 20 for ten years for rebounding after becoming a regular starter in 1991, including a top 5 ranking in 1993. Polynice says “hard work, dedication, attention to details and high pain tolerance led to 15 years spent in the NBA."

Polynice has had a rewarding NBA career and hope that he is able to assist other NBA hopefuls in becoming the next NBA star as the owner of NextStar Basketball as well as Team Haiti. Polynice brings a wealth of knowledge from his on the court experience to newer and unseasoned players as well as NBA hopefuls. His ability to stay well conditioned and to play tough for 15 years affords him the knowledge and experience to effectively assist others in their dream for NBA stardom.

A native of Port-au-Prince, Haiti, Polynice was born with his feet turned inwards. To correct this, he wore a cast the first 2 years of his life. This was the first of many life challenges that proved Polynice is unbreakable. He spent his early childhood in his war torn country until he came to the United States at age eight.  He says, “My most vivid memories were sitting under a table hearing gun fire erupt daily.” Polynice whose name means “Many Victories” is living up to the moniker. Not only did he learn to walk against all odds, he went on to play 15 years in the NBA.

Polynice understands the importance of giving back. The Olden Polynice HOOP Foundation (Helping Out Our People), which is a non-profit 501c3 foundation, was developed to assist the less fortunate in both the United States and Haiti. The program raises money for local charities. Polynice also hosts annual integrated basketball camps for under-privileged and developmentally disabled individuals.   In 2010, after the devastating earthquake which destroyed much of Haiti, Polynice joined forces with the Clinton-Bush Haiti Fund in efforts to help Haiti recover from the disaster.

Polynice has proven to be a multifaceted individual with the ability to communicate effectively and shine on and off the court. His charming personality, confident demeanor has led to opportunities such as appearances on numerous television shows and movies, serving as color commentator for the Sacramento Monarchs of the WNBA, as well as being a sports radio personality with his own sports talk show The O Zone.

Polynice attended the University of Virginia majoring in English. He left in 1986 to play in Italy with Rimini averaging 17.3 points and 11.0 rebounds per game. After becoming eligible for the draft, the NBA called and the rest is history.