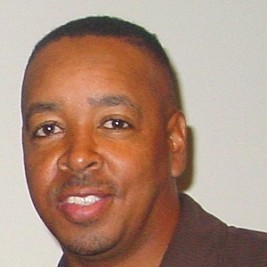 Businesses, Non-profit organizations, event planners and companies across the country have worked closely with our booking agents to hire Spud Webb for a speaking engagements, guest appearances, product endorsements and corporate events. Many of those same clients have continued to turn to our speakers bureau as we can easily align Spud Webb’s availability with their upcoming seminar, gala, annual conference, corporate function, and grand opening. Our close relationship with Spud Webb’s booking agent and management team further enables us to provide inquiring clients with Spud Webb’s speaking fee and appearance cost.

If your goal is to hire Spud Webb to be your next keynote speaker or to be the next brand ambassador our celebrity speakers bureau can assist. If Spud Webb’s booking fee is outside your companies budget or your unable to align with his appearance availability, our booking agents can provide you a list of talent that aligns with your event theme, budget and event date.

Spud Webb is a former NBA player best known for being one of the shortest players in NBA history.

He attended Midland Junior College after not being recruited by any Division 1-A universities.  While at Midland, he led his team to the junior college national title in 1982.   He would eventually get noticed by North Carolina State, who eventually offered him a scholarship.  He helped lead them to a Sweet 16 appearance in the NCAA tournament.

After not being drafted in the NBA, he would sign as a free agent with the Atlanta Hawks.  He would go on to play 12 seasons in the NBA with the Atlanta Hawks, Sacramento Kings, Minnesota Timberwolves, and the Orlando Magic.  Besides being known for being one of the shortest players in NBA history, he is also known as the shortest player to compete in the NBA Slam Dunk Contest.  He entered the contest in 1986 and went on to win the event.

Today, he lives in Dallas where he appears on pre-game and post-game shows for the Dallas Mavericks on a local television station.