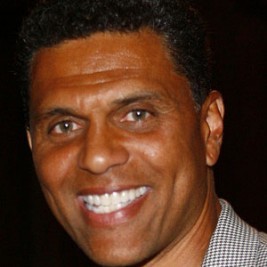 Businesses, Non-profit organizations, event planners and companies across the country have worked closely with our booking agents to hire Reggie Theus for a speaking engagements, guest appearances, product endorsements and corporate events. Many of those same clients have continued to turn to our speakers bureau as we can easily align Reggie Theus’s availability with their upcoming seminar, gala, annual conference, corporate function, and grand opening. Our close relationship with Reggie Theus’s booking agent and management team further enables us to provide inquiring clients with Reggie Theus’s speaking fee and appearance cost.

If your goal is to hire Reggie Theus to be your next keynote speaker or to be the next brand ambassador our celebrity speakers bureau can assist. If Reggie Theus’s booking fee is outside your companies budget or your unable to align with his appearance availability, our booking agents can provide you a list of talent that aligns with your event theme, budget and event date.

Prior to joining the NBA in the 1978 Draft, he attended UNLV where he had a very successful college career.  He began his NBA career with the Chicago Bulls where he was runner-up for the 1979 NBA Rookie of the Year Award.

He ended his NBA career with productive one-year stints for the Atlanta Hawks, Orlando Magic, and New Jersey Nets, leaving the league in 1991 with career totals of 19,015 points and 6,453 assists. He played one season in Italy before retiring from basketball altogether in 1992.

When not around basketball, he has hosted various talk shows in Sacramento, Orlando, and Atlanta, and for several years he served as a studio analyst for Turner Sports and the Los Angeles Lakers.

He also provided the commentary for video game NBA Live 2000 and appeared in the Saturday morning television show "Hang Time" and in the 2002 film "Like Mike."