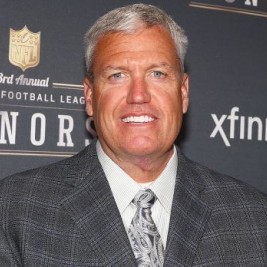 Businesses, Non-profit organizations, event planners and companies across the country have worked closely with our booking agents to hire Rex Ryan for a speaking engagements, guest appearances, product endorsements and corporate events. Many of those same clients have continued to turn to our speakers bureau as we can easily align Rex Ryan’s availability with their upcoming seminar, gala, annual conference, corporate function, and grand opening. Our close relationship with Rex Ryan’s booking agent and management team further enables us to provide inquiring clients with Rex Ryan’s speaking fee and appearance cost.

If your goal is to hire Rex Ryan to be your next keynote speaker or to be the next brand ambassador our celebrity speakers bureau can assist. If Rex Ryan’s booking fee is outside your companies budget or your unable to align with his appearance availability, our booking agents can provide you a list of talent that aligns with your event theme, budget and event date.

Rex Ryan was born December 13, 1962 and is the head coach for the Buffalo Bills of the National Football League (NFL). After serving as an assistant coach for 22 years, Ryan attained his first head coaching job in the NFL with the Jets in 2009. He is the son of former Philadelphia Eagles and Arizona Cardinals head coach Buddy Ryan and is the fraternal twin brother of Rob Ryan, former defensive coordinator for the Dallas Cowboys. From a young age, Ryan aspired to follow in his father's footsteps and become a professional football coach. After spending the majority of his youth in Canada, Ryan returned to the United States as a teenager where he attended college at Southwestern Oklahoma State University. Upon graduating Ryan spent the next 22 years serving as an assistant coach on different teams at both the college and professional level. At the behest of their head coach Brian Billick, Ryan joined the Baltimore Ravens in 1999 and spent nine years there. In 2005 he became the defensive coordinator, and in 2008 the assistant head coach.