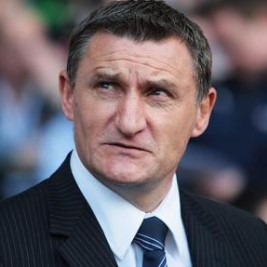 Businesses, Non-profit organizations, event planners and companies across the country have worked closely with our booking agents to hire Tony Mowbray for a speaking engagements, guest appearances, product endorsements and corporate events. Many of those same clients have continued to turn to our speakers bureau as we can easily align Tony Mowbray’s availability with their upcoming seminar, gala, annual conference, corporate function, and grand opening. Our close relationship with Tony Mowbray’s booking agent and management team further enables us to provide inquiring clients with Tony Mowbray’s speaking fee and appearance cost.

If your goal is to hire Tony Mowbray to be your next keynote speaker or to be the next brand ambassador our celebrity speakers bureau can assist. If Tony Mowbray’s booking fee is outside your companies budget or your unable to align with his appearance availability, our booking agents can provide you a list of talent that aligns with your event theme, budget and event date.

Tony Mowbray is an English former professional football player and the current manager of Coventry City. Mowbray played for Middlesbrough, Celtic and Ipswich Town as a defender.

The son of a steel worker and scaffolder, he began his coaching career with Ipswich Town and took his first managerial job at Scottish Premier League side Hibernian, where he won the Scottish Football Writers' Association Manager of the Year award in his first season. He moved on to West Bromwich Albion in 2006, where he won the Football League Championship in 2008, but then suffered relegation from the Premier League the following year. Mowbray was then appointed as manager of Celtic, but was dismissed after nine months. Mowbray subsequently took the manager's role at another of his former clubs, Middlesbrough. On 21 October 2013 after a poor start to the 2013-14 season, Mowbray left Middlesbrough with immediate effect.