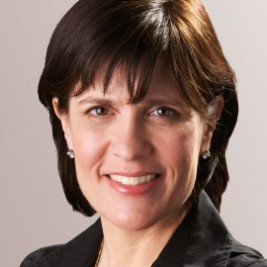 Businesses, Non-profit organizations, event planners and companies across the country have worked closely with our booking agents to hire Kara Swisher for a speaking engagements, guest appearances, product endorsements and corporate events. Many of those same clients have continued to turn to our speakers bureau as we can easily align Kara Swisher’s availability with their upcoming seminar, gala, annual conference, corporate function, and grand opening. Our close relationship with Kara Swisher’s booking agent and management team further enables us to provide inquiring clients with Kara Swisher’s speaking fee and appearance cost.

If your goal is to hire Kara Swisher to be your next keynote speaker or to be the next brand ambassador our celebrity speakers bureau can assist. If Kara Swisher’s booking fee is outside your companies budget or your unable to align with his appearance availability, our booking agents can provide you a list of talent that aligns with your event theme, budget and event date.

Kara Swisher started covering digital issues for the Wall Street Journal’s San Francisco bureau in 1997. Her column, “BoomTown,” originally appeared on the front page of the Marketplace section and also online at WSJ.com.

Previously, Kara covered breaking news about the Web’s major players and Internet policy issues, as one of its first hires to cover the Web, and also wrote feature articles on technology for the newspaper. She has also written a weekly column for the Personal Journal on home gadget issues called “Home Economics.”

With Walt Mossberg, over the last 11 years, she has been co-producing D: All Things Digital, a major high-tech conference with interviewees such as Bill Gates, Steve Jobs and many other leading players in the tech and media industries. The gathering is considered one of the leading conferences focused on the convergence of tech and media industries. Kara and Walt also have been co-executive editors of the AllThingsD.com Web site since 2007 until the end of 2013.

Kara won a Loeb Award while at AllThingsD.com for her coverage of Yahoo. She also writes occasionally for Vanity Fair magazine, which is owned by Condé Nast.

Previously, she worked as a reporter at the Washington Post. She is also the author of “aol.com: How Steve Case Beat Bill Gates, Nailed the Netheads and Made Millions in the War for the Web,” published by Times Business Books in July 1998. The sequel, “There Must Be a Pony in Here Somewhere: The AOL Time Warner Debacle and the Quest for a Digital Future,” was published in the fall of 2003 by Crown Business Books.

Kara was an undergraduate at Georgetown University’s School of Foreign Service and did her graduate work at the Columbia University Graduate School of Journalism.