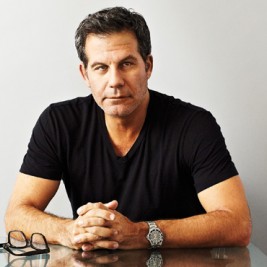 If your goal is to hire Richard Florida to be your next keynote speaker or to be the next brand ambassador our celebrity speakers bureau can assist. If Richard Florida’s booking fee is outside your companies budget or your unable to align with his appearance availability, our booking agents can provide you a list of talent that aligns with your event theme, budget and event date.

Florida's theory asserts that metropolitan regions with high concentrations of high-tech workers, artists, musicians, gay men, and a group he describes as "high bohemians", correlate with a higher level of economic development than in cities and regions that are lacking these. He suggests that attracting and retaining high-quality talent -- rather than building large job-creation infrastructure projects such as sports stadiums, iconic buildings, shopping centres -- would be a better primary use of a city's regeneration resources for long-term prosperity.

Florida has devised his own ranking systems that rate cities by a "bohemian index," a "gayness index," a "diversity index" and other similar categories. His conclusions are partly based on the results from these indices.

Florida's theories are the source of both praise and controversy. Florida has been attacked by all sides of the political spectrum, and by both academics and journalists. His ideas have also proved to be influential on those heading regeneration in cities in the USA and Europe.

Researchers have critiqued Florida's work for shortcomings in its methodology. Terry Nichols Clark (University of Chicago) has used Florida's own data-sets to question the much-touted correlation between the presence of significant numbers of gay men in a city and the presence of high-technology knowledge industries.

His critics have questioned Florida's empirical evidence, suggesting his observed correlations may be spurious, overly simplistic, or even that the official Standard Occupational Classification System data-sets he uses may be questionable. Florida has replied, at length, to many of his critics.

Florida's first book, the Rise of the Creative Class came at the tail of the dot-com boom, and the conditions it describes may no longer exist. In his sequel book, Florida argues that the health and growth of the U.S. "creative class" is at threat because potential immigrants to the United States cannot easily obtain entry-permits post 9/11. He also cites an alleged rise in prejudice and bigotry in parts of the USA, after the 2004 re-election of George W. Bush.