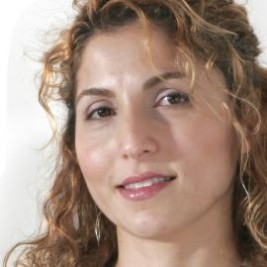 If your goal is to hire Anousheh Ansari to be your next keynote speaker or to be the next brand ambassador our celebrity speakers bureau can assist. If Anousheh Ansari’s booking fee is outside your companies budget or your unable to align with his appearance availability, our booking agents can provide you a list of talent that aligns with your event theme, budget and event date.

Iranian-born American businesswoman who was the first female space tourist, the first person of Iranian descent, and the first Muslim woman to go into space.

Ansari emigrated from Iran to the United States in 1984 as a teenager. She earned a bachelor’s degree in electronics and computer engineering from George Mason University, Fairfax, Va., in 1988 and a master’s degree in electrical engineering from George Washington University, Washington, D.C., while working full-time at MCI Communications. In 1993 Ansari, her husband, Hamid Ansari, and her brother-in-law, Amir Ansari, cofounded Telecom Technologies, Inc. The company was acquired by Sonus Networks, Inc., in 2000 in a deal worth approximately $550 million.

Ansari’s interest in space exploration was in evidence before her spaceflight. In 2002 Ansari and her brother-in-law made a multimillion-dollar contribution to the X Prize Foundation, a nonprofit organizationthat manages competitions to encourage innovations that benefit humanity. The Ansari family’s gift was used to fund the Ansari X Prize, a cash award of $10 million for the first private company to launch a reusable manned spacecraft into space twice within two weeks. In 2004 the aerospace development company Scaled Composites of Mojave, Calif., won the Ansari X Prize with SpaceShipOne, a vehicle conceived by American aircraft designer Burt Rutan.

Ansari arranged to participate in a spaceflight through Space Adventures, Ltd., a space-tourism company. Although the exact terms of the deal remained private, Ansari was estimated to have paid around $20 million for her participation in the mission. In early 2006 she began spaceflight training in Star City, Russia, originally as a backup for Enomoto Daisuke, a Japanese businessman. When Enomoto was disqualified from flying on the mission for medical reasons, Ansari replaced him on the flight crew of Soyuz TMA-9.

Ansari lifted off into space on Sept. 18, 2006, with commander Mikhail Tyurin of Russia and flight engineer Michael Lopez-Alegria of the United States. On Sept. 20, 2006, the spacecraft docked to the International Space Station, where Ansari spent eight days. She performed a series of experiments concerning human physiology for the European Space Agency, was interviewed from space for an astronomy show on Iranian national television, and published dispatches and answered questions on her blog while stationed on the ISS (thereby becoming the first person to blog from space). She returned to Earth aboard Soyuz TMA-8, landing in Kazakhstan on Sept. 29, 2006.

After completing her space mission, Ansari continued to work as a businesswoman and entrepreneur. In 2006 she cofounded Prodea Systems, a digital technology company, and served as the company’s first chief executive officer. Prodea announced a partnership with Space Adventures, Ltd., and the Federal Space Agency of Russia to create a fleet of suborbital spacecraft for commercial use.