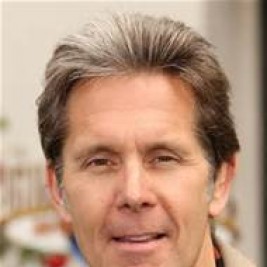 Businesses, Non-profit organizations, event planners and companies across the country have worked closely with our booking agents to hire Gary Cole for a speaking engagements, guest appearances, product endorsements and corporate events. Many of those same clients have continued to turn to our speakers bureau as we can easily align Gary Cole’s availability with their upcoming seminar, gala, annual conference, corporate function, and grand opening. Our close relationship with Gary Cole’s booking agent and management team further enables us to provide inquiring clients with Gary Cole’s speaking fee and appearance cost.

If your goal is to hire Gary Cole to be your next keynote speaker or to be the next brand ambassador our celebrity speakers bureau can assist. If Gary Cole’s booking fee is outside your companies budget or your unable to align with his appearance availability, our booking agents can provide you a list of talent that aligns with your event theme, budget and event date.

Gary Cole is an American actor, known for numerous roles, including the television series Fatal Vision, Midnight Caller, American Gothic, and Crusade, and the films In the Line of Fire, Kiss the Sky, Office Space, Dodgeball, The Brady Bunch Movie, One Hour Photo, and a small cameo in To Live and Die in L.A., and as George Armstrong Custer in the TV movie Son of the Morning Star.

In addition to his film and television credits listed above, he has done voice work on several animated series (Family Guy, Kim Possible, Harvey Birdman, Attorney at Law) and had a recurring role on the drama The West Wing as Vice President Bob Russell. He also starred as Captain Matthew Gideon on the short-lived Babylon 5 spin-off Crusade, and had notable guest appearances on Law & Order: Special Victims Unit and Arrested Development. He also played as Joe Maxwell on the Disney Channel Original Movie Cadet Kelly.

He starred as Lt. Conrad Rose on the TNT series Wanted and is the voice of the title character on the Adult Swim series Harvey Birdman, Attorney at Law.