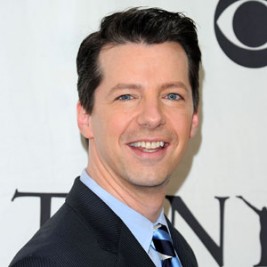 Businesses, Non-profit organizations, event planners and companies across the country have worked closely with our booking agents to hire Sean Hayes for a speaking engagements, guest appearances, product endorsements and corporate events. Many of those same clients have continued to turn to our speakers bureau as we can easily align Sean Hayes’s availability with their upcoming seminar, gala, annual conference, corporate function, and grand opening. Our close relationship with Sean Hayes’s booking agent and management team further enables us to provide inquiring clients with Sean Hayes’s speaking fee and appearance cost.

If your goal is to hire Sean Hayes to be your next keynote speaker or to be the next brand ambassador our celebrity speakers bureau can assist. If Sean Hayes’s booking fee is outside your companies budget or your unable to align with his appearance availability, our booking agents can provide you a list of talent that aligns with your event theme, budget and event date.

Sean Hayes is an American actor, comedian, and producer. He is best known for his role as Jack McFarland on the NBC sitcom Will & Grace, for which he won an Emmy Award, four SAG Awards, and one American Comedy Award, and earned six Golden Globe nominations.

Aware that his role in Will & Grace "wouldn't go on forever" Hayes teamed up with his friend Todd Milliner, whom he met at Illinois State University, to create the television production company Hazy Mills Productions in 2004. The company has produced multiple American television series, including Hot in Cleveland, Grimm, The Soul Man, Hollywood Game Night and Sean Saves the World. Hayes is co-executive producer of the TV Land original comedy series Hot in Cleveland, which premiered in June 2010. He is also a co-executive producer of the NBC series Grimm, as well as creator and executive producer on another NBC series, Hollywood Game Night.