Search Drew Carey
Host of The Price is Right 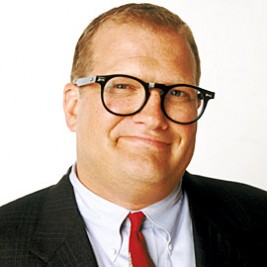 Businesses, Non-profit organizations, event planners and companies across the country have worked closely with our booking agents to hire Drew Carey for a speaking engagements, guest appearances, product endorsements and corporate events. Many of those same clients have continued to turn to our speakers bureau as we can easily align Drew Carey’s availability with their upcoming seminar, gala, annual conference, corporate function, and grand opening. Our close relationship with Drew Carey’s booking agent and management team further enables us to provide inquiring clients with Drew Carey’s speaking fee and appearance cost.

If your goal is to hire Drew Carey to be your next keynote speaker or to be the next brand ambassador our celebrity speakers bureau can assist. If Drew Carey’s booking fee is outside your companies budget or your unable to align with his appearance availability, our booking agents can provide you a list of talent that aligns with your event theme, budget and event date.

A former United States Marine reservist, he adopted his hair style during his time in the service. He currently hosts the Travel Channel show Drew Carey's Sporting Adventures.

Carey was born and raised in Cleveland, Ohio, mainly in the suburbs of Parma. After playing the cornet and trumpet in the marching band of Rhodes High School, he continued on to college at Kent State University. He joined the Delta Tau Delta fraternity and later was expelled twice.

After dropping out of the university, Carey joined the United States Marine Corps in 1980. He served there for several years, and in 1985, he began his comedy career by following up on a suggestion by a friend to check out books on how to write jokes from the library. In 1986, after winning an open-mic contest, he became emcee at the Cleveland Comedy Club. For the next few years, he performed at multiple comedy clubs in Cleveland and Los Angeles.

Carey was working as a stand-up comedian in 1991 when he appeared on The Tonight Show Starring Johnny Carson. His performance that night was considered a success and impressed Johnny Carson personally. Carey claims he reached the limit on his credit card the next day returning calls from interested casting directors, and he credited Carson with making his career. He subsequently appeared in a number of supporting roles on television shows, some of them alongside Kathy Kinney, in which he developed the character of a hapless middle-class bachelor.

In 1997, Carey published his autobiography, Dirty Jokes and Beer: Stories of the Unrefined. In it, he shared memories of his early childhood and of his father's death when he was eight, and revealed that he was once molested, had suffered bouts of depression, and had made attempts at suicide. He also wrote of his college fraternity years while attending Kent State University, and of his professional career up to that time. The book was featured on the New York Times bestseller list for three months.

In 1993, Drew Carey had a small role in the movie Coneheads as a taxi passenger.

In 1994, Carey co-starred in The Good Life, a short-lived sitcom that aired on NBC.

In 1995 ABC began showing The Drew Carey Show, a sitcom that featured Carey and Kathy Kinney in their previous characters. Carey played the assistant director of personnel at a department store in Cleveland, Ohio. Carey also hosted the United States version of the improvisational comedy show, Whose Line Is It Anyway?.

In 2000, Carey starred in the TV film, Geppetto for an ABC presentation of the Wonderful World of Disney.

Philanthrophically, Carey is known for his support of libraries, crediting them for beginning his successful comedy career. On May 2, 2000, in a celebrity edition of Who Wants To Be A Millionaire?, he selected the Ohio Library Foundation to receive his $500,000 winnings.

For The WB's 2004 - 2005 prime time schedule, Carey co-produced and starred in Drew Carey's Green Screen Show, a spin-off of Whose Line Is It Anyway. It was cancelled by the WB, but picked up shortly afterward by Comedy Central. He also guest starred in 2000 on The Geena Davis Show

Carey also has played on the World Poker Tour in the Hollywood Home games for The Cleveland Public Library charity.

In 2005, Drew Carey provided a voice-over for the character Crank in the animated film Robots

On June 8, 2006, Drew Carey's Sporting Adventures debuted on the Travel Channel. Carey travels throughout Europe to photograph multiple soccer games while he immerses himself in the culture of each country he visits.

Carey is also known for his Republican leanings and has expressed support for the Libertarian Party. The Drew Carey Show often backed a libertarian critique of political correctness, government regulations, racism, sexism, and homophobia, with storylines involving Carey's cross-dressing brother dating a bisexual woman (played by Illeana Douglas) for two episodes, ongoing criticism of the Boy Scouts of America's exclusionary policy against gay men, and support for same-sex marriage.

Since the show was cancelled, however, Carey has clarified that he is more of a conservative with libertarian leanings, and that he said he was libertarian to avoid a Hollywood bias against conservatives.

Carey is known for being a devoted Cleveland Browns, Indians and US Soccer fan. When he promoted The Drew Carey Show in 1995, at the same time the Indians were making a miraculous run at the World Series, he poked fun at the rest of baseball by saying, "Finally, it's your team that sucks!"

In July 2007, he was chosen to replace Bob Barker as the host of The Price is Right