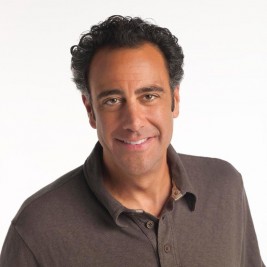 Businesses, Non-profit organizations, event planners and companies across the country have worked closely with our booking agents to hire Brad Garrett for a speaking engagements, guest appearances, product endorsements and corporate events. Many of those same clients have continued to turn to our speakers bureau as we can easily align Brad Garrett’s availability with their upcoming seminar, gala, annual conference, corporate function, and grand opening. Our close relationship with Brad Garrett’s booking agent and management team further enables us to provide inquiring clients with Brad Garrett’s speaking fee and appearance cost.

If your goal is to hire Brad Garrett to be your next keynote speaker or to be the next brand ambassador our celebrity speakers bureau can assist. If Brad Garrett’s booking fee is outside your companies budget or your unable to align with his appearance availability, our booking agents can provide you a list of talent that aligns with your event theme, budget and event date.

Brad Garrett is best known for his role as Robert Barone in "Everybody Loves Raymond", the role which has earned him 5 Emmy Nominations and the 2002, 2003 and 2005 Emmy Awards for Best Supporting Actor in a Comedy.

In 2003, he was also nominated for the Emmy for Outstanding Lead Actor for "Gleason".

In 2005, Garrett appeared on Broadway playing Murray the Cop in the revival of Neil Simon's "The Odd Couple" with Nathan Lane and Matthew Broderick.

However, Brad's roots are in standup comedy. In 1984, he became the first $100,000 grand champion winner in the comedy category of "Star Search".

A short time later, he appeared on "The Tonight Show" starring Johnny Carson.

Garrett, is also a noted celebrity poker player. He won the fifth season championship of Celebrity Poker Showdown, and played in the 2005 World Series of Poker.