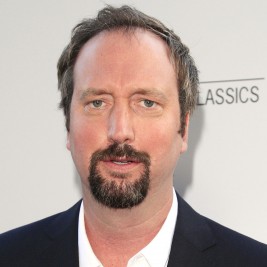 Businesses, Non-profit organizations, event planners and companies across the country have worked closely with our booking agents to hire Tom Green for a speaking engagements, guest appearances, product endorsements and corporate events. Many of those same clients have continued to turn to our speakers bureau as we can easily align Tom Green’s availability with their upcoming seminar, gala, annual conference, corporate function, and grand opening. Our close relationship with Tom Green’s booking agent and management team further enables us to provide inquiring clients with Tom Green’s speaking fee and appearance cost.

If your goal is to hire Tom Green to be your next keynote speaker or to be the next brand ambassador our celebrity speakers bureau can assist. If Tom Green’s booking fee is outside your companies budget or your unable to align with his appearance availability, our booking agents can provide you a list of talent that aligns with your event theme, budget and event date.

Tom Green is a Canadian actor, rapper, writer, comedian, producer, director, talk show host, and media personality. Best known for his unique brand of comedy, Green found mainstream prominence via his MTV television show The Tom Green Show. Green is also known for his roles in such films as Freddy Got Fingered, Road Trip, Stealing Harvard and Charlie's Angels. He is also a testicular cancer survivor.

In June 2003, Green served as a guest-host on Late Show with David Letterman which led to him hosting his own late-night talk show on MTV titled The New Tom Green Show. From 2006–2011, he hosted his internet talk show Tom Green's House Tonight from his living room and, as of January 2010, has started performing stand-up comedy. From October 2013 to November 2014, Green hosted the live weekly talk-show Tom Green Live on AXS TV.