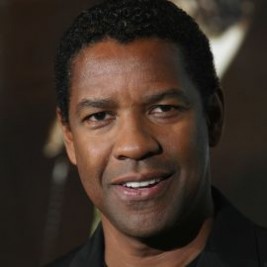 If your goal is to hire Denzel Washington to be your next keynote speaker or to be the next brand ambassador our celebrity speakers bureau can assist. If Denzel Washington’s booking fee is outside your companies budget or your unable to align with his appearance availability, our booking agents can provide you a list of talent that aligns with your event theme, budget and event date.

Denzel Washington is an American actor and filmmaker. He has received three Golden Globe awards, a Tony Award, and two Academy Awards: Best Supporting Actor for the historical war drama film Glory and Best Actor for his role as a corrupt cop in the crime thriller Training Day.

Denzel Hayes Washington, Jr. was born on December 28, 1954 in Mount Vernon, New York. He is the middle of three children of a beautician mother, Lennis (Lowe), from Georgia, and a Pentecostal minister father, Denzel Washington, Sr., from Virginia. After graduating from high school, Denzel enrolled at Fordham University, intent on a career in journalism. However, he caught the acting bug while appearing in student drama productions and, upon graduation, he moved to San Francisco and enrolled at the American Conservatory Theater. He left A.C.T. after only one year to seek work as an actor. His first paid acting role was in a summer stock theater stage production in St. Mary's City, Maryland. The play was "Wings of the Morning", which is about the founding of the colony of Maryland (now the state of Maryland) and the early days of the Maryland colonial assembly (a legislative body). He played the part of a real historical character, Mathias Da Sousa, although much of the dialogue was created. Afterwards he began to pursue screen roles in earnest. With his acting versatility and powerful sexual presence, he had no difficulty finding work in numerous television productions.

He made his first big screen appearance in Carbon Copy with George Segal. Through the 1980s, he worked in both movies and television and was chosen for the plum role of Dr. Philip Chandler in NBC's hit medical series St. Elsewhere, a role that he would play for six years. In 1989, his film career began to take precedence when he won the Oscar for Best Supporting Actor for his portrayal of Tripp, the runaway slave in Edward Zwick's powerful historical masterpiece Glory.

Washington has received much critical acclaim for his film work since the 1990s, including his portrayals of real-life figures such as South African anti-apartheid activist Steve Biko in Cry Freedom, Muslim minister and human rights activist Malcolm X in Malcolm X, boxer Rubin "Hurricane" Carter in The Hurricane, football coach Herman Boone in Remember the Titans, poet and educator Melvin B. Tolson in The Great Debaters, and drug kingpin Frank Lucas in American Gangster. Malcolm X and The Hurricane garnered him Oscar nominations for Best Actor, before he finally won that statuette in 2002 for his lead role in Training Day.

Through the 1990s, Denzel also co-starred in such big budget productions as The Pelican Brief, Philadelphia, Crimson Tide, The Preacher's Wife, and Courage Under Fire, a role for which he was paid $10 million. He continued to define his onscreen persona as the tough, no-nonsense hero through the 2000s in films like Out of Time, Man on Fire, Inside Man, and The Taking of Pelham 123. Cerebral and meticulous in his film work, he made his debut as a director with Antwone Fisher; he also directed The Great Debaters and Fences.

In 2010, Washington headlined The Book of Eli, a post-Apocalyptic drama. Later that year, he starred as a veteran railroad engineer in the action film Unstoppable, about an unmanned, half-mile-long runaway freight train carrying dangerous cargo. The film was his fifth and final collaboration with director Tony Scott, following Crimson Tide, Man on Fire, Déjà Vu and The Taking of Pelham 1 2 3. He has also been a featured actor in the films produced by Jerry Bruckheimer and has been a frequent collaborator of director Spike Lee.

In 2012, Washington starred in Flight, for which he was nominated for an Academy Award for Best Actor. He co-starred with Ryan Reynolds in Safe House, and prepared for his role by subjecting himself to a torture session that included waterboarding. In 2013, Washington starred in 2 Guns, alongside Mark Walberg. In 2014, he starred in The Equalizer, an action thriller film directed by Antoine Fuqua and written by Richard Wenk, based on the television series of same name starring Edward Woodward. During this time period, he also took on the role of producer for some of his films, including The Book of Eli and Safe House.

In 2016, he was selected as the recipient for the Cecil B. DeMille Lifetime Achievement Award at the 73rd Golden Globe Awards.

He lives in Los Angeles, California with his wife, Pauletta Washington, and their four children.