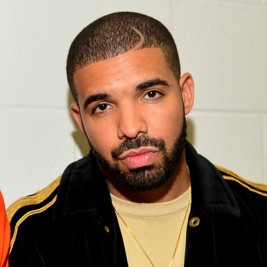 Book Drake for a Speaking Engagement

Businesses, Non-profit organizations, event planners and companies across the country have worked closely with our booking agents to hire Drake for a speaking engagements, guest appearances, product endorsements and corporate events. Many of those same clients have continued to turn to our speakers bureau as we can easily align Drake’s availability with their upcoming seminar, gala, annual conference, corporate function, and grand opening. Our close relationship with Drake’s booking agent and management team further enables us to provide inquiring clients with Drake’s speaking fee and appearance cost.

If your goal is to hire Drake to be your next keynote speaker or to be the next brand ambassador our celebrity speakers bureau can assist. If Drake’s booking fee is outside your companies budget or your unable to align with his appearance availability, our booking agents can provide you a list of talent that aligns with your event theme, budget and event date.

Known initially for his role as Jimmy Brooks on Degrassi: The Next Generation, Toronto-native Drake stepped out as a rapper and singer with pop appeal in 2006, when he initiated a series of mixtapes. A year later, despite being unsigned, he scored major exposure when his cocky and laid-back track "Replacement Girl," featuring Trey Songz, was featured on BETs 106 & Park program as its Joint of the Day. He raised his profile throughout the next several months by popping up on countless mixtapes and remixes, and as rumors swirled about contract offers from labels, he gradually became one of the most talked-about artists in the industry. It did not hurt that he had support from the likes of Kanye West, Jay-Z and Lil Wayne.

By the end of June 2009, "Best I Ever Had," a promotional single, had climbed to No. 2 on Billboards Hot R&B/Hip-Hop Songs chart. After a fierce bidding war, Drake signed with Universal Motown in late summer and released an EP (So Far Gone) made up of songs from his popular So Far Gone mixtape. It peaked at No. 6 on the U.S. Billboard 200 chart and won a 2010 Juno Award for Rap Recording of the Year. Thank Me Later, a full-length featuring collaborations with the Kings of Leon, the-Dream, Jay-Z, Kanye West and Lil Wayne, was issued through Young Money the following year.

Drake's second studio album, Take Care, was released in 2011. "Headlines" was released as Take Care's lead single on August 9, 2011. It was met with positive critical and commercial responses, reaching No. 13 on the Hot 100 and was eventually certified Platinum in the United States and Canada. "The Motto" became one of Drake's most successful singles, peaking at No. 14 on the Hot 100 and topping the Rap and R&B/Hip-Hop songs charts, further extending his lead for most No. 1 hits on the rap chart and matching a record set by fellow rapper Jay-Z, for most number one hits on the Billboard Hot R&B/Hip-Hop Songs chart for a Rap artist. It is credited for popularizing the phrase "YOLO" in the United States.

The album's title track was released as the fourth single and features Barbadian recording artist Rihanna. It is Drake's biggest worldwide hit as a lead artist with the song being his first top 10 hit in Australia, Denmark, New Zealand and the United Kingdom. The music video received four nominations at the 2012 MTV Video Music Awards for Best Male Video, Best Art Direction, Best Cinematography and Video of the Year. The fifth single from Take Care was "HYFR (Hell Ya F*cking Right)." The Judaism themed video for the song won the MTV Video Music Award for Best Hip-Hop Video.

At the 55th Grammy Awards, he won the award for Best Rap Album for Take Care, and shortly after, he released his third studio album titled Nothing Was the Same.