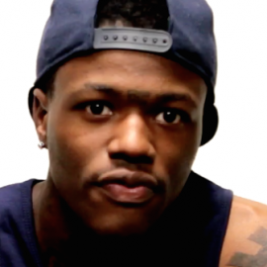 Businesses, Non-profit organizations, event planners and companies across the country have worked closely with our booking agents to hire DC Young Fly for a speaking engagements, guest appearances, product endorsements and corporate events. Many of those same clients have continued to turn to our speakers bureau as we can easily align DC Young Fly’s availability with their upcoming seminar, gala, annual conference, corporate function, and grand opening. Our close relationship with DC Young Fly’s booking agent and management team further enables us to provide inquiring clients with DC Young Fly’s speaking fee and appearance cost.

If your goal is to hire DC Young Fly to be your next keynote speaker or to be the next brand ambassador our celebrity speakers bureau can assist. If DC Young Fly’s booking fee is outside your companies budget or your unable to align with his appearance availability, our booking agents can provide you a list of talent that aligns with your event theme, budget and event date.

John Whitfield (born May 2, 1992), better known by his online alias and persona DC Young Fly, is a rapper, actor, comedian, and Internet personality. He is known for his Vine videos and for being a controversial contender on the improv comedy show, Wild 'n Out.

Whitfield was born and raised in Atlanta, growing up on the city's tough West Side. His mother is a middle school educator. While attending middle school, he was known to be a class clown. He attended Benjamin E. Mays High School, which is an Atlanta Public School.

DC Young Fly is currently a recurring cast member on the improv comedy show, Wild 'N Out which is hosted by Nick Cannon. He was also casted in David E. Talbert's film Almost Christmas starring Kimberly Elise, Omar Epps, Danny Glover and Gabrielle Union, which is due for release on November 11, 2016 and also has a lead role in film due for release titled Digital Lives Matter which was directed by Terri J. Vaughn.

DC Young Fly has over 100 thousand subscribers on YouTube and more than 700 thousand followers on Vine. DC Young Fly made his first appearance on the B.o.B‘s mixtape “No Genre 2”. After that, he appeared on the Mike WiLL Made It’s mixtape “Ransom”. DC Young Fly released his debut mixtape titled “Supplyin Pressure” on January 22, 2015.