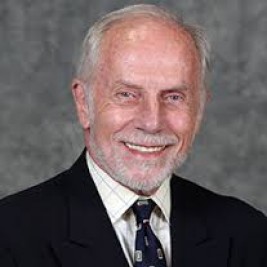 If your goal is to hire Charles Bierbauer to be your next keynote speaker or to be the next brand ambassador our celebrity speakers bureau can assist. If Charles Bierbauer’s booking fee is outside your companies budget or your unable to align with his appearance availability, our booking agents can provide you a list of talent that aligns with your event theme, budget and event date.

From 1981-2001, he was a correspondent for CNN in Washington, where he covered the Supreme Court, the Bush and Reagan administrations and the presidential campaigns from 1984-96.

Bierbauer became the first dean of the newly merged College of Mass Communications and Information Studies in July 2002. In Columbia, Bierbauer continues his broadcast interest as host of Stateline, a weekly public affairs program produced by South Carolina Educational Television.

Charles Bierbauer began his career as a radio reporter for WKAP radio in Allentown, PA, in 1963. But he is no stranger to print journalism, having written for his hometown newspaper The (Allentown) Morning Call. He was a reporter with the Associated Press in Pittsburgh from 1967-68 and a correspondent in Bonn for the Chicago Daily News.

From 1977-81, he was an overseas correspondent for ABC News, first as Moscow Bureau Chief and later as the Bonn Bureau chief. Prior to that, he worked in Philadelphia, London, Bonn and Vienna as a correspondent for Westinghouse Broadcasting. In 2001 he was reporter and producer for a Discovery Channel documentary on the World Trade CenterPentagon attacks.

In 1997, he won an Emmy for anchoring CNN coverage of the 1996 Olympic Park bombing in Atlanta. He also is a recipient of the ACE Award from the Association for Cable Excellence and the Overseas Press Club Award for his reporting of the Yom Kippur War. He was also the host of Newsmaker Saturday, a weekly report featuring in depth interviews with leading newsmakers, for a decade (1985-1995).