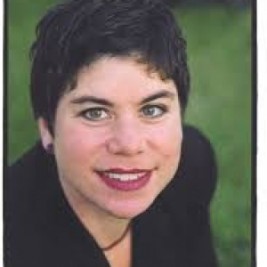 Businesses, Non-profit organizations, event planners and companies across the country have worked closely with our booking agents to hire Antonia Juhasz for a speaking engagements, guest appearances, product endorsements and corporate events. Many of those same clients have continued to turn to our speakers bureau as we can easily align Antonia Juhasz’s availability with their upcoming seminar, gala, annual conference, corporate function, and grand opening. Our close relationship with Antonia Juhasz’s booking agent and management team further enables us to provide inquiring clients with Antonia Juhasz’s speaking fee and appearance cost.

If your goal is to hire Antonia Juhasz to be your next keynote speaker or to be the next brand ambassador our celebrity speakers bureau can assist. If Antonia Juhasz’s booking fee is outside your companies budget or your unable to align with his appearance availability, our booking agents can provide you a list of talent that aligns with your event theme, budget and event date.

Antonia Juhasz is a leading oil and energy expert. She is an award-winning policy-analyst, author, and journalist, covering all aspects of oil and energy policy with a specialization on the role of oil in conflict, particularly the US wars in Iraq and Afghanistan.

Juhasz is the author of three books, entitled: Black Tide: the Devastating Impact of the Gulf Oil Spill (2011), a searing look at the human face of BP's disaster the Gulf; The Tyranny of Oil (2008), an in-depth, hard-hitting investigation revealing the agenda, power, influence, and future of Big Oil; and The Bush Agenda (2006), where she presents the Iraq War as the most brutal application of the Bush agenda, revealing the "oil time-line" driving the war, and the costs and consequences of the administration's attempt to fundamentally transform Iraq's economy.

Juhasz is contributing author to four books: A Game As Old As Empire: The Secret World of Economic Hit Men and the Web of Global Corruption (Berrett-Koehler, 2007); Alternatives to Economic Globalization: a Better World is Possible, 2nd Edition (Berrett-Koehler Publishers, 2004), Paradigm Wars: Indigenous Peoples' Resistance to Globalization (Sierra Club Books, 2006); and Ingredients for Peace: Cooking with Global Peacemakers (Nobel Peace Prize Laureate Jody Williams and Emily Goose, editors) (Lulu.com, 2010). She is also the lead author and editor of the 2010 The True Cost of Chevron: An Alternative Annual Report, for which she received a 2010 Project Censored Award.

Additionally, she was a 2012-2013 Fellow of the Investigative Reporting Program at the UC Berkeley Graduate School of Journalism, where she explored the role of oil and natural gas in the Afghanistan war. Her research and travels across Afghanistan and Tajikistan yielded articles in The Atlantic (“The New War for Afghanistan’s Untapped Oil”) and Harper’s Magazine (“Light, Sweet, Crude”). Her oil and energy investigations also appeared on CNN.com (“Why the Iraq War was Fought for Big Oil”), Rolling Stone (“Big Oil’s Big Lies About Alternatives”), and most recently, in The Advocate magazine (“What’s Wrong With Exxon”?).

Her constant and thorough work in the oil industry led to her becoming an associate fellow with the Institute for Policy Studies and a senior policy analyst for Foreign Policy in Focus. As an active voice in the war movement, she is on the National Advisory Committee of Iraq Veterans Against the War and on the Board of Directors of Coffee Strong. Finally, she founded the Energy Program at Global Exchange, a San Francisco-based human rights non-profit organization.

Juhasz holds a Masters Degree in Public Policy from Georgetown University and a Bachelors Degree in Public Policy from Brown University. She has taught at the New College of California in the Activism and Social Change Masters Program and as a guest lecturer on U.S. Foreign Policy at the McMaster University Labour Studies Program. She is a passionate writer and speaker who conveys complex information in a manner that is both accessible and motivational to others.