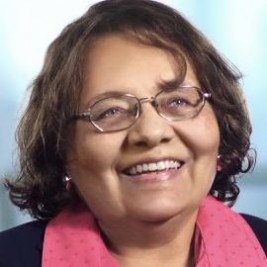 Businesses, Non-profit organizations, event planners and companies across the country have worked closely with our booking agents to hire Diane Nash for a speaking engagements, guest appearances, product endorsements and corporate events. Many of those same clients have continued to turn to our speakers bureau as we can easily align Diane Nash’s availability with their upcoming seminar, gala, annual conference, corporate function, and grand opening. Our close relationship with Diane Nash’s booking agent and management team further enables us to provide inquiring clients with Diane Nash’s speaking fee and appearance cost.

If your goal is to hire Diane Nash to be your next keynote speaker or to be the next brand ambassador our celebrity speakers bureau can assist. If Diane Nash’s booking fee is outside your companies budget or your unable to align with his appearance availability, our booking agents can provide you a list of talent that aligns with your event theme, budget and event date.

A Chicago native who had never experienced segregation in public accommodations before moving to the South, Diane Nash went on to become one of the pioneers of the Civil Rights Movement.

Nash's involvement in the nonviolent movement began in 1959 while she was a student at Fisk University. In 1960 she became the chairperson of the student sit-in movement in Nashville, Tennessee—the first southern city to desegregate its lunch counters—as well as one of the founding students of the Student Non-violent Coordinating Committee. In 1961 she coordinated the Freedom Ride from Birmingham, Alabama, to Jackson, Mississippi, a story which was documented in the recent PBS American Experience film Freedom Riders.

Her many arrests for her civil rights activities culminated in Nash being imprisoned for 30 days in 1961, while she was pregnant with her first child. Undeterred, she went on to join a national committee—to which she was appointed by President John F. Kennedy—that promoted passage of the Civil Rights Act of 1964.

Nash later became active in the peace movement that worked to end the Vietnam War, and became an instructor in the philosophy and strategy of non-violence as developed by Mohandas Gandhi.

Diane Nash is the recipient of numerous awards, including the War Resisters' League Peace Award; the Distinguished American Award presented by the John F. Kennedy Library; the LBJ Award for Leadership in Civil Rights from the Lyndon Baines Johnson Library and Museum; and an honorary doctorate of human letters from Fisk University, her alma mater. Most recently, Nash delivered the 2009 Slavery Remembrance Day Memorial Lecture in Liverpool, England.

Her work has been cited in numerous books, documentaries, magazines, and newspaper articles, and she has appeared on such TV shows and films as The Oprah Winfrey Show, Spike Lee's Four Little Girls, and PBS's Eyes on the Prize: America's Civil Rights Years 1954-1965.