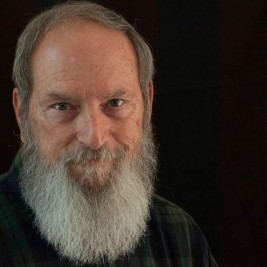 Businesses, Non-profit organizations, event planners and companies across the country have worked closely with our booking agents to hire David Shipler for a speaking engagements, guest appearances, product endorsements and corporate events. Many of those same clients have continued to turn to our speakers bureau as we can easily align David Shipler’s availability with their upcoming seminar, gala, annual conference, corporate function, and grand opening. Our close relationship with David Shipler’s booking agent and management team further enables us to provide inquiring clients with David Shipler’s speaking fee and appearance cost.

If your goal is to hire David Shipler to be your next keynote speaker or to be the next brand ambassador our celebrity speakers bureau can assist. If David Shipler’s booking fee is outside your companies budget or your unable to align with his appearance availability, our booking agents can provide you a list of talent that aligns with your event theme, budget and event date.

Born Dec. 3, 1942. Grew up in Chatham, N.J. Married with three children. Graduated from Dartmouth in 1964, member of Dartmouth Board of Trustees 1993-2003. Served in U.S. Navy as officer on a destroyer, 1964-66. Joined The New York Times as a news clerk in 1966. Promoted to city staff reporter, 1968. Covered housing, poverty, politics. Won awards from the American Political Science Association, the New York Newspaper Guild, and elsewhere.

Spent a semester in 1975 at the Russian Institute of Columbia U. studying Russian language and Soviet politics, economics and history to prepare for assignment in Moscow. Correspondent in Moscow Bureau for four years, 1975-79; Moscow Bureau Chief from 1977-79.

Wrote the best-seller Russia: Broken Idols, Solemn Dreams, published in 1983, updated in 1989. Widely acclaimed by critics, it won the Overseas Press Club Award in 1983 as the best book that year on foreign affairs.

From 1979-84, served as Bureau Chief of The New York Times in Jerusalem. Was co-recipient (with Thomas Friedman) of the 1983 George Polk Award for covering Lebanon War.

Spent a year, 1984-85, as a visiting scholar at the Brookings Institution in Washington to write Arab and Jew: Wounded Spirits in a Promised Land, which explores the mutual perceptions and relationships between Arabs and Jews in Israel and the West Bank. The book won the 1987 Pulitzer Prize for general nonfiction and was extensively revised and updated in 2002. Was executive producer, writer and narrator of a two-hour PBS documentary on Arab and Jew, which won a 1990 Dupont-Columbia award for broadcast journalism, and of a one-hour film, Arab and Jew: Return to the Promised Land, which aired on PBS in August 2002.

Served as Chief Diplomatic Correspondent in the Washington Bureau of The New York Times until 1988. From 1988-90 was a senior associate at the Carnegie Endowment for International Peace, writing on transitions to democracy in Russia and Eastern Europe for The New Yorker and other publications. Most recent book is A Country of Strangers: Blacks and Whites in America, published in 1997. One of three authors invited by President Clinton to participate in his first town meeting on race. Recently completed a book on the working poor, now doing a book on civil liberties.

Honorary degrees (Doctor of Letters) from Middlebury College and Glassboro State College (N.J.), and (Master of Arts) from Dartmouth College. Has taught at Princeton and American University, has been writer-in-residence at U. of Southern California and Woodrow Wilson Fellow at more than a dozen campuses. Will be a Montgomery Fellow teaching at Dartmouth in fall 2003.