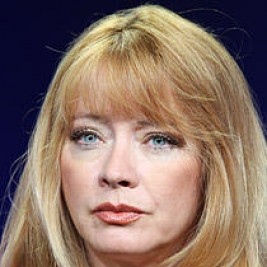 Businesses, Non-profit organizations, event planners and companies across the country have worked closely with our booking agents to hire Andrea Evans for a speaking engagements, guest appearances, product endorsements and corporate events. Many of those same clients have continued to turn to our speakers bureau as we can easily align Andrea Evans’s availability with their upcoming seminar, gala, annual conference, corporate function, and grand opening. Our close relationship with Andrea Evans’s booking agent and management team further enables us to provide inquiring clients with Andrea Evans’s speaking fee and appearance cost.

If your goal is to hire Andrea Evans to be your next keynote speaker or to be the next brand ambassador our celebrity speakers bureau can assist. If Andrea Evans’s booking fee is outside your companies budget or your unable to align with his appearance availability, our booking agents can provide you a list of talent that aligns with your event theme, budget and event date.

Two-time Emmy Award nominated Andrea Evans – a true icon of the genre – has starred on four different soap operas on three different networks. Her exceptional characterizations, coupled with her unique beauty, have left a lasting impression on fans and the industry alike.

Andrea’s soap roles include Tawny Moore on CBS’ “The Bold and The Beautiful”, Tina Clayton Lord Roberts on ABC’s “One Life to Live”, Rebecca Hotchkiss on NBC’s “Passions”, Patty Williams Abbott on CBS’ “The Young and the Restless”, Vivian Price on “DeVanity” and currently Patty Walker on Amazon Prime’s “The Bay”. In addition to her Emmy nominations, Andrea won an Indie Series Award and was nominated for three Soap Opera Digest Awards.

Evans currently is the Executive Producer of the documentary “Rocking the Couch”. A hard hitting documentary revolving around the Hollywood “casting couch”. It features emotional interviews with actresses that were assaulted and features a 1992 case where 12 women took a talent agent to court for sexual assault. A true #metoo story. The documentary is streaming on Amazon Prime.

In 2011, Andrea was diagnosed with Stage-1 Breast Cancer. She received treatment at City of Hope and is now cancer free. Ironically, she served as their Celebrity Ambassador for eight years.

In the late 80’s, Andrea was the victim in a famous stalking case. She was involved with lobbying on various media outlets, which led to The Inter-state Stalking Act, signed into law by President Clinton in 1996.

Andrea’s film career began with a featured role in Brian De Palma’s “The Fury”. Other films include “Opposite Sex,” starring Kevin Pollack and Courteney Cox and a major supporting role in Paramount Pictures’ “Low Down Dirty Shame” as a sexy soap star who is the object of Keenan Ivory Wayans’ fantasy. She also appeared in the independent thriller “Ice Cream Man” with Sandahl Bergman, Olivia Hussey and Jan Michael Vincent, “Hit List” starring Joey Lawrence and John Savage and the award-winning short film, “Ghostwriter” for “Free Willy” co-writer Brian Strasmann.

Andrea had a recurring role as “Andrea Schaffer” on ABC’s “Capitol News” portraying a business tycoon’s mistress who authors a kiss-and-tell book. Television movies include “I Know Where Lizzie Is”, “Imaginary Friend”, “Jenny’s War”, “Florence Nightingale”, “Arch of Triumph” and “The Awakening Land” -- a performance that garnered the attention of ABC executives, which led to them casting her on “One Life To Live.”

In 2002, she starred in Eve Ensler’s “The Vagina Monologues” at the Apollo Theater in Chicago. Other theatre credits include “Love Letters”, “A Midsummer Night’s Dream”, “One Flew Over The Cuckoo’s Nest”, “The Middle of the Night” and “What The Butler Saw”. She also starred in the world premieres of “Dinner at Home Between Deaths” and “Candles”, an original play dealing with the lives of five women who find the “CAN” in cancer. The performances benefited the Huntington Memorial Hospital Cancer Center.

Andrea broke into a new medium when she starred on two episodes of “The Twilight Zone” radio series made for the Armed Forces.

Evans was regular columnist for Healthy Cooking Magazine where she offered some of her own vegetarian recipes and is currently working on her first cookbook.

Andrea enjoys spending time with her husband Steve and their daughter, Kylie Lyn, who was born on Mother’s Day 2004. Her hobbies include cooking, gardening, working out. She is an ardent baseball fan and also supports a number of animal rights organizations. She was born and raised in Downers Grove, Illinois.