Search Andy Buckley
Actor, Screenwriter and Stockbroker Who is Known for his Role as David Wallace on "The Office" 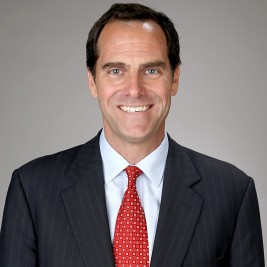 Businesses, Non-profit organizations, event planners and companies across the country have worked closely with our booking agents to hire Andy Buckley for a speaking engagements, guest appearances, product endorsements and corporate events. Many of those same clients have continued to turn to our speakers bureau as we can easily align Andy Buckley’s availability with their upcoming seminar, gala, annual conference, corporate function, and grand opening. Our close relationship with Andy Buckley’s booking agent and management team further enables us to provide inquiring clients with Andy Buckley’s speaking fee and appearance cost.

If your goal is to hire Andy Buckley to be your next keynote speaker or to be the next brand ambassador our celebrity speakers bureau can assist. If Andy Buckley’s booking fee is outside your companies budget or your unable to align with his appearance availability, our booking agents can provide you a list of talent that aligns with your event theme, budget and event date.

Andy Buckley attended Stanford University, where he graduated in 1987 with a bachelor's degree in political science.

He later studied sketch comedy and improvisation at the Groundlings Theatre, working with comedians Melissa McCarthy and Dax Shepard.

He is married to Nancy Banks, an acting teacher and coach, and resides in Los Angeles, CA.

Buckley appeared in two 1997 music videos, "I'd Rather Ride Around with You" and "What if it's You," by American country-music artist Reba McEntire.

The actor played David Wallace, embattled CFO and later CEO of the fictional Dunder Mifflin Paper Company, in "The Office" from 2006 to 2013.

In addition to "The Office," Buckley has appeared in television series such as "CSI: Miami," "NYPD Blue" and "The West Wing."

In 2010, his supporting role opposite Will Ferrell and Mark Wahlberg in the film "The Other Guys" climaxed with a fall from an eighth-floor ledge.

That year, he had another supporting role in the film "Life as We Know It" with Katherine Heigl and Josh Duhamel.

Buckley was also the voice of Captain Correlli in the animated film "Alvin and the Chipmunks: Chip-Wrecked," and he had a non-speaking part in the 2011 hit movie "Bridesmaids."

He is a regular character (Ted, a happily married adoptive parent and plastic surgeon) in the ABC family TV drama series "The Lying Game."