Search Angela Robinson
Actress; Best Known for Her Role in Tyler Perry's "The Haves and The Have Nots" 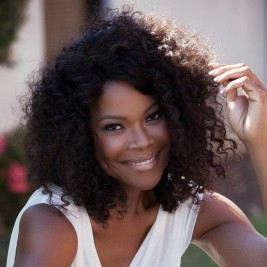 If your goal is to hire Angela Robinson to be your next keynote speaker or to be the next brand ambassador our celebrity speakers bureau can assist. If Angela Robinson’s booking fee is outside your companies budget or your unable to align with his appearance availability, our booking agents can provide you a list of talent that aligns with your event theme, budget and event date.

A native of Jacksonville, FL, Angela Robinson is best-known as The Ice Queen Veronica Harrington of Tyler Perry's The Haves and The Have Nots. She has great passion for the arts and extends herself to help others realize their artistic potential.

Angela has worked on Broadway, off Broadway and on stages throughout the US and abroad. Broadway productions include The Color Purple with Fantasia, Wonderful Town, Bells Are Ringing and Play On! Off-Broadway productions: Radiant Baby, Call the Children Home, and City Center's ENCORES! She has participated in National Tours of The Color Purple, Dreamgirls, and The Wizard of Oz with Eartha Kitt. Other television/film credits include Law & Order: SVU, Another Bed and several regional and national commercials.

She is the Winner of an Independent Reviewers of New England (IRNE) award for her work as Shug Avery in The Color Purple, Angela has been nominated twice for a Black Theatre Alliance Award (The Color Purple, Dreamgirls), and for an Audelco Award (Radiant Baby).

Angela is a member of the Grammy Nominated Broadway Inspirational Voices and she serves on staff as Performance/Worship Arts Director at her church.

Early in her career she had the honor of traveling with the USO/DOD, entertaining our military troops throughout the Mediterranean, Central America and Far East.

Angela and her husband Scott founded the WhiteRobin Group in 2008. A consulting firm for aspiring and seasoned artists. Providing training, inspiration and direction via acting workshops, private acting coaching, blogs and mentorship programs.

She is a graduate of Florida Agricultural & Mechanical University (BA) and The William Esper Acting Studio where she studied with master teacher William Esper. She is a proud member of AEA, SAG-AFTRA. Angela currently resides in New Jersey with her husband, Scott Whitehurst.