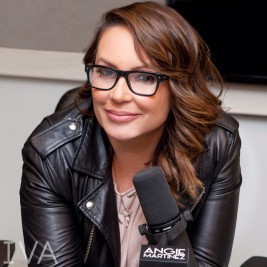 Businesses, Non-profit organizations, event planners and companies across the country have worked closely with our booking agents to hire Angie Martinez for a speaking engagements, guest appearances, product endorsements and corporate events. Many of those same clients have continued to turn to our speakers bureau as we can easily align Angie Martinez’s availability with their upcoming seminar, gala, annual conference, corporate function, and grand opening. Our close relationship with Angie Martinez’s booking agent and management team further enables us to provide inquiring clients with Angie Martinez’s speaking fee and appearance cost.

If your goal is to hire Angie Martinez to be your next keynote speaker or to be the next brand ambassador our celebrity speakers bureau can assist. If Angie Martinez’s booking fee is outside your companies budget or your unable to align with his appearance availability, our booking agents can provide you a list of talent that aligns with your event theme, budget and event date.

Known as “The Voice of New York”, Angela “Angie” Martinez’s afternoon radio show has consistently been ranked #1 with more young listeners than any other radio program in the country. Angie Martinez got her first break in radio at the age of 16 answering hot lines at the urban radio station WQHT ("Hot 97"). There she met popular DJ Funkmaster Flex, and began working as his protégé. Martinez quickly picked up on the craft of running a successful radio program. She hosted the Afternoon Drive weekdays, alongside HOT 97's DJ Enuff, where she interviewed the biggest names in music such as Kanye West and Mariah Carey.

As an actress, Angie received small roles in independent hip hop films such as “Blood is Thicker Than Water” and “Paper Soldiers”. She then appeared in “Brown Sugar” starring Taye Diggs, Queen Latifah and Sanaa Lathan.

In 1996, Martinez was encouraged to give rapping a shot by friend KRS-One. She appeared on his track "Heartbeat" from his 1997 album “I Got Next”. After the song gained a strong fan following, another friend, Lil' Kim, offered her a spot on the "Ladies Night Remix" of her song "Not Tonight" for the “Nothing to Lose” soundtrack. Along with Missy Elliott, Lisa "Left Eye" Lopes and Da Brat, the ladies enjoyed one of the most successful singles of 1997. It peaked on the Billboard Hot 100 chart at #6, and reached #3 on the Hip-Hop / R&amp;B charts. The single sold over 1,000,000 copies and was certified Platinum. The ladies were nominated for two Grammy Awards that year, and were also invited to perform the song live on the MTV Video Music Awards.

On April 17, 2001, she finally released her delayed debut album, Up Close and Personal. The album included production by DJ Clue, Salaam Remi, Knobody and RocWilder among others, and featured guest appearances by Jay-Z, Snoop Doggy Dogg, Mary J. Blige, Wyclef Jean, Busta Rhymes and Kool G. Rap. he album debuted at #32 on the Billboard 200 Albums Chart, and #7 on the Billboard Top R&amp;B/Hip-Hop Album Chart selling 69,000 its first week.

Following her first album's release, Angie began work on a second record, 2002's “Animal House”. In order to build anticipation for the record, she appeared on BET's Rap City and began a nation-wide radio tour. She recorded a verse for the remix to her Artist Sacario record "Live Big". It became the number one record in the tri-state area and coincidentally coincided with the release of Martinez's first single from her second album, "If I Could Go" which also featured Sacario and singer Lil' Mo. "If I Could Go" became a huge crossover hit on pop radio, climbing into the top 20 on The Billboard Hot 100 Chart. It became the #1 played on urban radio in 2002. The album, Animal House (named after Martinez's own production company and recording posse), was released on August 21, 2002. It entered the Billboard Hot 200 Albums Chart at #11, and the Billboard Hot Hip-Hop / R&amp;B Charts selling 92,000 units in its first week