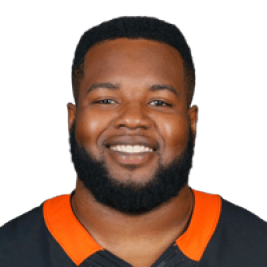 Businesses, Non-profit organizations, event planners and companies across the country have worked closely with our booking agents to hire Andre Smith for a speaking engagements, guest appearances, product endorsements and corporate events. Many of those same clients have continued to turn to our speakers bureau as we can easily align Andre Smith’s availability with their upcoming seminar, gala, annual conference, corporate function, and grand opening. Our close relationship with Andre Smith’s booking agent and management team further enables us to provide inquiring clients with Andre Smith’s speaking fee and appearance cost.

If your goal is to hire Andre Smith to be your next keynote speaker or to be the next brand ambassador our celebrity speakers bureau can assist. If Andre Smith’s booking fee is outside your companies budget or your unable to align with his appearance availability, our booking agents can provide you a list of talent that aligns with your event theme, budget and event date.

Andre Smith played football in high school and went on to play college football. In college, he played for the University of Alabama. While in his first year of college football, he started 13 games in the left tackle position. In 2009, he was one of the first choices for the Cincinnati Bengals. With run-blocking being his premier quality, Smith was projected to start at right tackle for the Bengals. However, after a 30-day contract impasse, Smith missed all of training camp and three preseason games, before eventually signing his contract on August 30, 2009. It is believed that Smith was looking for a five year, $40 million deal, but was signed to a four-year contract with only $21 million guaranteed. The Bengals also have an option in his contract after the 2010 season to make it a six-year, $42 million dollar agreement. Just days after ending his hold out, Smith fractured his left foot during a non contact drill at training camp. On December 13, 2009, Smith was credited with his first official start when usual starting right tackle Dennis Roland lined up as the extra tight end in the Bengals unbalanced line. For the season, Smith played in six games. On November 13, 2010, the Bengals placed Smith on injured reserve with a broken foot, ending his season after playing in seven of the eight regular season games to that date. In the 2011 NFL pre-season, it was reported that he was working out and getting fully fit. It was also reported that in the pre-season, he spoke with the Bengals starting left tackle, Andrew Whitworth, about how "it's my time to step up." The 2011 season became Smith's breakout year, and he became the starting right tackle for the Cincinnati Bengals.