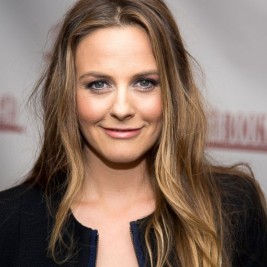 If your goal is to hire Alicia Silverstone to be your next keynote speaker or to be the next brand ambassador our celebrity speakers bureau can assist. If Alicia Silverstone’s booking fee is outside your companies budget or your unable to align with his appearance availability, our booking agents can provide you a list of talent that aligns with your event theme, budget and event date.

Alicia Silverstone is a popular Hollywood and Broadway Actress that has starred in many hit films, including "Clueless," "Batman and Robin" and many more. Silverstone has also produced films through her production company, First Kiss, and is extremely involved in the Animal Rights movement through many different organizations.

Silverstone made her acting debut on Broadway as Elaine Robinson in "The Graduate," which also starred Kathleen Turner and Jason Biggs. The play broke box office records as it generated $5.3 million in ticket sales before its opening.

On the big screen Silverstone has also had memorable roles in films like "The Crush," her first lead role in a feature film, and in "Blast From the Past" opposite Brendan Fraser. She also co-starred in "Love's Labour's Lost," a Shakespearean musical with Academy Award nominee Kenneth Branagh.

Silverstone's performances in three of the rock group Aerosmith's music videos left an indelible mark on an entire generation. The first video, "Cryin," was voted Best Video of All Time on MTV. Alicia has earned numerous awards, including: six MTV Movie Awards, a Nickelodeon Award, a Blockbuster Award and an American Comedy Award.

Silverstone also works tirelessly in supporting many different animal-related charities from PETA to the Amanda Foundation. Silverstone has been honored with PETA's Special Humanitarian Award.