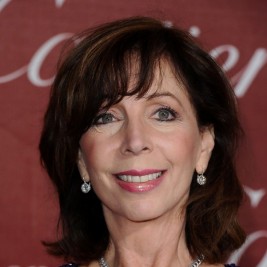 Businesses, Non-profit organizations, event planners and companies across the country have worked closely with our booking agents to hire Rita Rudner for a speaking engagements, guest appearances, product endorsements and corporate events. Many of those same clients have continued to turn to our speakers bureau as we can easily align Rita Rudner’s availability with their upcoming seminar, gala, annual conference, corporate function, and grand opening. Our close relationship with Rita Rudner’s booking agent and management team further enables us to provide inquiring clients with Rita Rudner’s speaking fee and appearance cost.

If your goal is to hire Rita Rudner to be your next keynote speaker or to be the next brand ambassador our celebrity speakers bureau can assist. If Rita Rudner’s booking fee is outside your companies budget or your unable to align with his appearance availability, our booking agents can provide you a list of talent that aligns with your event theme, budget and event date.

Rita Rudner is an American comedian, writer and actress. Beginning her career as a Broadway dancer, Rita Rudner noticed the lack of female comedians in New York City and turned her stage presence to stand-up comedy where she’s flourished for over three decades. Her performance on a variety of HBO specials and numerous appearances on the Tonight Show with Johnny Carson, helped establish Rudner as one of the premiere female comics to emerge from the comedy boom of the 1980s. After extensive touring throughout the past 20 years, Rudner has created a steady career performing in Las Vegas at the Venetian Hotel while residing in Southern California.

Rudner has appeared in several television shows both in the US and the UK, and she appeared often on The Tonight Show Starring Johnny Carson. She has recorded several award-winning comedy specials, most notably Rita Rudner: Born to Be Mild and Rita Rudner: Married Without Children for HBO and Rita Rudner: Live From Las Vegas for PBS in 2008. She also appeared on the Tales from the Crypt episode "Whirlpool". Rudner and her husband and producer, Martin Bergman, wrote the screenplay of the film Peter's Friends, in which she also acted. Rudner also has a role as the character Bunny in her husband's 2011 film Thanks, which had its world premiere at the 2011 Palm Springs Film Festival.

Rudner is the author of the books I Still Have It; I Just Can't Remember Where I Put It, Naked Beneath My Clothes and the novels Tickled Pink and Turning The Tables. She has written several screenplays with her husband and a play called Room 776 which premiered in Las Vegas in 2008. Since 2001, Rudner has performed almost exclusively in Las Vegas, selling over one million tickets. She moved to a larger theater at The Venetian in January 2011. She also created and hosted the syndicated improvisational comedy show Ask Rita, which mimicked the format of a talk/advice show. For this she received a Gracie Allen Award from the American Women in Television and Radio. In May 2009 she performed for Senator Harry Reid and President Barack Obama at Caesars Palace alongside Bette Midler and Sheryl Crow; a video of some of this performance can be found on Rita's Facebook page or YouTube. On August 8, 2012, Rudner appeared as Melissa's mom on the sitcom Melissa & Joey.