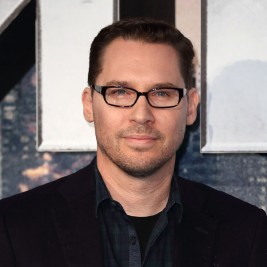 Businesses, Non-profit organizations, event planners and companies across the country have worked closely with our booking agents to hire Bryan Singer for a speaking engagements, guest appearances, product endorsements and corporate events. Many of those same clients have continued to turn to our speakers bureau as we can easily align Bryan Singer’s availability with their upcoming seminar, gala, annual conference, corporate function, and grand opening. Our close relationship with Bryan Singer’s booking agent and management team further enables us to provide inquiring clients with Bryan Singer’s speaking fee and appearance cost.

If your goal is to hire Bryan Singer to be your next keynote speaker or to be the next brand ambassador our celebrity speakers bureau can assist. If Bryan Singer’s booking fee is outside your companies budget or your unable to align with his appearance availability, our booking agents can provide you a list of talent that aligns with your event theme, budget and event date.

After making one of the most talked-about films of the 1990s, "The Usual Suspects" (1995), director Bryan Singer was tagged as being one of the more talented filmmakers of his generation. The surprise success of the film - as well as its submergence into the cultural zeitgeist - gave Singer the proverbial keys to the kingdom, allowing him unfettered access to some of Hollywood's biggest blockbusters. Though he followed "The Usual Suspects" with the lesser appreciated "Apt Pupil" (1998), Singer directed what many considered to be two of the better comic book adaptations of recent memory - "X-Men" (2000) and "X2: X-Men United" (2003), confirming that his previous success was no fleeting matter. Because both films garnered considerable critical acclaim and were big hits at the box office, he was a natural fit to make "Superman Returns" (2006), a reboot of the once popular, but fallen franchise, which propelled Singer into the upper tier of working directors, as well as making him a popular figure among comic book and science fiction aficionados.

Born on Sept. 17, 1965 in New York, NY, Singer was raised in Princeton Junction, NJ, by his adoptive parents, Norbert, an executive at Maidenform bras, and Grace, the bureau chief for New Jersey's Department of Environmental Protection. Singer began making 8mm films when was 13 - one of his first being "The Star Trek Murders" - collaborating with friends, who included future actor Ethan Hawke and future screenwriter Christopher McQuarrie. In fact, it was McQuarrie with whom he bonded after the former was arrested and sentenced to an early curfew for an entire summer, leaving Singer as his only friend. Singer and McQuarrie spent the entire summer watching movies and writing stories. Meanwhile, after graduating West Windsor-Plainsboro Regional High School South, Singer spent two years studying at the School of Visual Arts in New York, but found himself rejected by the film school at the University of Southern California. He instead moved to Los Angeles and enrolled as a critical studies major at USC, which exposed him to hundreds of films by the likes of Alfred Hitchcock, Stanley Kubrick and Roman Polanski. Once he graduated, Singer directed his first official film, "Lion's Den" (1988), a 25-minute short about five friends hanging out after finishing their first semesters in college.

Based on the promise displayed in "Lion's Den," Singer raised $250,000 for a feature film. Co-written with McQuarrie, the director made his feature debut with "Public Access" (1993), a satirical thriller about a mysterious stranger (Ron Marquette), who turns an idyllic small town against itself through his public access show, leading to the unearthing of buried skeletons that eventually leads to violence and tragedy. Singer's film made a splash at the 1993 Sundance Film Festival, where it was named co-winner of the Grand Jury Prize. Thanks to "Public Access," Singer managed to secure financing for his next film, which was pitched to him by McQuarrie, who had an idea for a group of criminals meeting at a police lineup and deciding to work together. The result was "The Usual Suspects" (1995), a labyrinth crime thriller about five criminals (Gabriel Byrne, Stephen Baldwin, Kevin Pollack, Benicio Del Toro and Kevin Spacey) hired by a mysterious underworld figure named Keyeser Söze to stop a massive drug deal, only to discover too late that they had been set up to conduct an elaborate hit. "The Usual Suspects" became one of the most hotly debated films of the decade, earning two Academy Awards - one for Spacey; the other for McQuarrie's script - while making Singer one of the most sought-after directors in Hollywood.

Singer followed up his initial successes with "Apt Pupil" (1998), a powerful and moving drama that explored the nature of evil through the eyes of a clean-cut high school student (Brad Renfro) who discovers a Nazi war criminal (Ian McKellen) is one of his neighbors. As the student blackmails the elderly man for details of his past, old memories trigger a deeply buried evil that resurfaces, leading to a psychological battle of wills that spirals out of control. Singer based the disturbing movie on Stephen King's novella of the same name, having convinced the author that he could turn the seemingly unfilmable material into a movie. Previous attempts by other filmmakers had failed to bring King's story to the big screen. Though he was initially reluctant to let another director take control of his work, King was sent a copy of the then yet-to-be-released "Usual Suspects" by Singer. King reportedly loved the flick and optioned "Apt Pupil" to Singer for one dollar, trusting that his story was in good hands. Not nearly as admired or influential as Singer's feature debut, "Apt Pupil" was an interesting, but ultimately disappointing sophomore effort.

For his next project, Singer reunited with McQuarrie and McKellen for the special effects-laden "X-Men" (2000). Based on the wildly popular Marvel Comic book series featuring a team of distinctly powered mutants battling both human prejudice and their terrorist counterparts, the hotly anticipated flick effectively translated the adventures of a group of disenfranchised and reluctant superheroes to the big screen, made a major star out of Hugh Jackman, who played Wolverine, and marked Singer's first foray into the world of directing big-budget studio pictures. Most importantly, the film was a commercial and creative success, leaving the director at the helm of a film franchise that only grew in popularity with each new installment. Singer followed with "X2: X-Men United" (2003), which proved to be even better than the original, thanks to greater character development, more astonishing action sequences, and a continuing appreciation for the charms of the source material. In fact, "X2" was also one of the most satisfying and successful summer blockbusters of its era.

Given both the second film's success and some juicy plot threads left dangling, it appeared that Singer was committed to steering a third X-Men feature to the big screen - the director even agreed to pen a lengthy story arc for Marvel Comics' Ultimate X-Men comic book. But Singer was unexpectedly diverted to take the reigns of an even more iconic superhero franchise when he agreed to direct "Superman Returns" (2006), Warner Bros.' long-stalled attempt to launch a new film series following DC Comics' famous Man of Steel. Singer's approach included creating a direct connection to the first two "Superman" films starring Christopher Reeve by casting a relative unknown in the form of Reeve look-alike Brandon Routh, while surrounding him with better known names, including Kevin Spacey as Lex Luthor and Kate Bosworth as Lois Lane. By jumping ship between both studios and comic book companies, however, Singer was unable to helm the third X-Men installment. Singer next directed "Valkyrie" (2008), a high-profile thriller about a plot to overthrow Adolf Hitler (David Bamber) in 1943 by a group of high level officers led by Colonel Claus von Stauffenberg (Tom Cruise). "Valkyrie" earned considerable media attention prior to being released, namely due to shifting release dates, while some went as far as to criticize Cruise for playing a Nazi. Meanwhile, Singer signed on to direct "Superman: Man of Steel" (2009).