Search David Mamet
Writer, Director and a noted American Playwright. Mamet studied at Goddard College in Vermont and at the Neighborhood Playhouse School of Theater in New York. 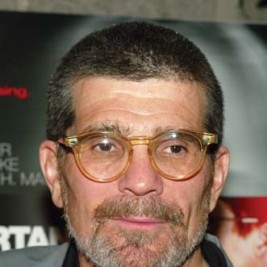 Businesses, Non-profit organizations, event planners and companies across the country have worked closely with our booking agents to hire David Mamet for a speaking engagements, guest appearances, product endorsements and corporate events. Many of those same clients have continued to turn to our speakers bureau as we can easily align David Mamet’s availability with their upcoming seminar, gala, annual conference, corporate function, and grand opening. Our close relationship with David Mamet’s booking agent and management team further enables us to provide inquiring clients with David Mamet’s speaking fee and appearance cost.

If your goal is to hire David Mamet to be your next keynote speaker or to be the next brand ambassador our celebrity speakers bureau can assist. If David Mamet’s booking fee is outside your companies budget or your unable to align with his appearance availability, our booking agents can provide you a list of talent that aligns with your event theme, budget and event date.

He has taught at Goddard College, the Yale Drama School and New York University, and regularly lectures to classes at the Atlantic Theater Company, of which he is a founding member. Mamet is a leading American playwright whose spare, gritty work reflects the rhythms of Harold Pinter and the tough attitude of his native Chicago. Noted for his strong male characters and their macho pretentiousness, Mamet's talent for creating low-key, yet highly charged, verbal confrontations in a male-dominated world has consistently made his work ripe for discussion and deconstruction.

David Mamet achieved acclaim in 1976 for his three Off-Off Broadway plays, "The Duck Variations," "Sexual Perversity in Chicago" and "American Buffalo." He furthered this success with the Pulitzer Prize-winning "Glengarry Glen Ross," a scathing representation of American business practices and "Speed-the-Plow," which is a raw display of the amoral underside of the film industry. These stage successes were followed by Mamet's illustrious film career, which began with the making of his first produced screenplay, 1981's "The Postman Always Rings Twice," adapted from the novel by James M. Cain. Mamet then turned out three meticulously crafted scripts with 1982's "The Verdict," starring Paul Newman; 1986's adaptation of his play "Sexual Perversity in Chicago," which was expanded and retitled "About Last Night";" and 1987's blockbuster hit "The Untouchables," an update of the well-remembered television series. It was in 1987 that Mamet made his directorial debut with "House of Games," which he also wrote.

The prolific Mamet also wrote and directed the whimsical comedy "Things Change" and the police thriller "Homicide." Then, in 1992, Mamet's Pulitzer Prize-winning play "Glengarry Glen Ross" was adapted into an acclaimed film, starring Al Pacino and Jack Lemmon. In 1994, Mamet wrote and directed the screen version of "Oleanna," based on his stage play of the same title. Mamet continues to pursue a challenging and successful industry career, directing and writing such films as 1998's "The Spanish Prisoner," 1999's "The Winslow Boy" and 2000's "State and Main."