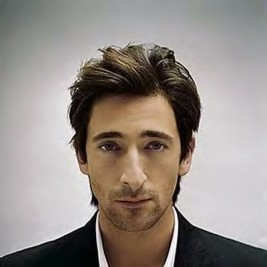 Businesses, Non-profit organizations, event planners and companies across the country have worked closely with our booking agents to hire Adrien Brody for a speaking engagements, guest appearances, product endorsements and corporate events. Many of those same clients have continued to turn to our speakers bureau as we can easily align Adrien Brody’s availability with their upcoming seminar, gala, annual conference, corporate function, and grand opening. Our close relationship with Adrien Brody’s booking agent and management team further enables us to provide inquiring clients with Adrien Brody’s speaking fee and appearance cost.

If your goal is to hire Adrien Brody to be your next keynote speaker or to be the next brand ambassador our celebrity speakers bureau can assist. If Adrien Brody’s booking fee is outside your companies budget or your unable to align with his appearance availability, our booking agents can provide you a list of talent that aligns with your event theme, budget and event date.

He was born in Woodhaven, Queens, New York, a somewhat dangerous neighborhood near Jamaica, Queens. The son of World War II refugees--Hungarian-born Catholic photojournalist Sylvia Plachy, and Elliot Brody, a Polish Jewish retired history professor, he attended New York's Fiorello H. LaGuardia HS of Music & Art and Performing Arts (famously the inspiration for television's Fame). His parents enrolled him in acting classes to distance him from the dangerous kids he hung out with, ultimately, this decision saved him from a life on the streets.

Adrien Brody hovered on the brink of stardom, receiving praise for his roles in Spike Lee's Summer of Sam and Terrence Malick's The Thin Red Line. He finally received widespread recognition when he was cast as the lead in Roman Polanski's The Pianist (2002). The role won him an Academy Award for Best Actor, the youngest actor ever to win the award. To prepare for the role, Brody withdrew for months, gave up on his apartment and his car, learned how to play Chopin on the piano, and lost 13 kg (29 lbs.)

Throughout his career, he has been compared to Al Pacino and Marlon Brando for his unique looks and method acting. He is also widely known for giving Halle Berry a back-breaking kiss after winning his Best Actor Oscar, and as the spokesman for fashion designer Zegna.

In 1992, Brody was seriously hurt in a motorcycle accident in which he flew over a car and crashed feet-first into a crosswalk. He spent months recuperating. An avid daredevil, he has broken his nose several times doing off-the-wall stunts.

After The Pianist Brody played in the movie The Village by M. Night Shyamalan, and in King Kong by Peter Jackson.

Brody appeared on Saturday Night Live on May 10, 2003, his first TV work, but he was banned from the show after giving an improvised, yet funny, introduction for musical guest Sean Paul (The show's producer, Lorne Michaels, is infamous for hating unscripted performances).