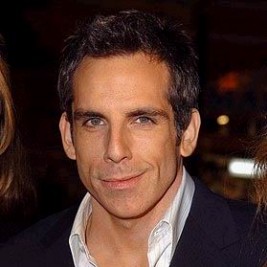 Businesses, Non-profit organizations, event planners and companies across the country have worked closely with our booking agents to hire Ben Stiller for a speaking engagements, guest appearances, product endorsements and corporate events. Many of those same clients have continued to turn to our speakers bureau as we can easily align Ben Stiller’s availability with their upcoming seminar, gala, annual conference, corporate function, and grand opening. Our close relationship with Ben Stiller’s booking agent and management team further enables us to provide inquiring clients with Ben Stiller’s speaking fee and appearance cost.

If your goal is to hire Ben Stiller to be your next keynote speaker or to be the next brand ambassador our celebrity speakers bureau can assist. If Ben Stiller’s booking fee is outside your companies budget or your unable to align with his appearance availability, our booking agents can provide you a list of talent that aligns with your event theme, budget and event date.

Ben Stiller is an American actor, comedian, and filmmaker. He is the son of veteran comedians and actors Jerry Stiller and Anne Meara.

After beginning his acting career with a play, Stiller wrote several mockumentaries, and was offered his own show entitled The Ben Stiller Show, which he produced and hosted for its 13-episode run. Having previously acted in television, he began acting in films; he made his directorial debut with Reality Bites. Throughout his career he has written, starred in, directed, and/or produced more than 50 films, including The Secret Life of Walter Mitty, Zoolander, There's Something About Mary, the Meet the Parents trilogy, DodgeBall, Tropic Thunder, the Madagascar series, and the Night at the Museum trilogy. In addition, he has had multiple cameos in music videos, television shows, and films.

Stiller is a member of a group of comedic actors colloquially known as the Frat Pack. His films have grossed more than $2.6 billion in Canada and the United States, with an average of $79 million per film. Throughout his career, he has received multiple awards and honors, including an Emmy Award, multiple MTV Movie Awards and a Teen Choice Award.