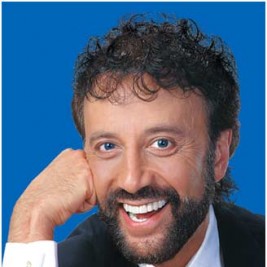 Businesses, Non-profit organizations, event planners and companies across the country have worked closely with our booking agents to hire Yakov Smirnoff for a speaking engagements, guest appearances, product endorsements and corporate events. Many of those same clients have continued to turn to our speakers bureau as we can easily align Yakov Smirnoff’s availability with their upcoming seminar, gala, annual conference, corporate function, and grand opening. Our close relationship with Yakov Smirnoff’s booking agent and management team further enables us to provide inquiring clients with Yakov Smirnoff’s speaking fee and appearance cost.

If your goal is to hire Yakov Smirnoff to be your next keynote speaker or to be the next brand ambassador our celebrity speakers bureau can assist. If Yakov Smirnoff’s booking fee is outside your companies budget or your unable to align with his appearance availability, our booking agents can provide you a list of talent that aligns with your event theme, budget and event date.

Since his 1992 arrival in Branson, Missouri, Yakov Smirnoff has played host to nearly three million visitors.

The depths of Yakov's development from naive young immigrant to loving patriot can be found throughout his act. When Yakov isn't performing for sold out shows at his own theater in Branson, he likes to travel and appears at select venues across the United States.

Yakov continues to be featured on shows such as Home & Garden, E! Channel, NBC, WGN, Lifestyles, and Comedy Central specials.

If you are wanting to make your clinets laugh until they cry, Yakov Smirnoff is your guy!!