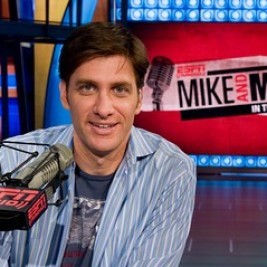 Businesses, Non-profit organizations, event planners and companies across the country have worked closely with our booking agents to hire Mike Greenberg for a speaking engagements, guest appearances, product endorsements and corporate events. Many of those same clients have continued to turn to our speakers bureau as we can easily align Mike Greenberg’s availability with their upcoming seminar, gala, annual conference, corporate function, and grand opening. Our close relationship with Mike Greenberg’s booking agent and management team further enables us to provide inquiring clients with Mike Greenberg’s speaking fee and appearance cost.

If your goal is to hire Mike Greenberg to be your next keynote speaker or to be the next brand ambassador our celebrity speakers bureau can assist. If Mike Greenberg’s booking fee is outside your companies budget or your unable to align with his appearance availability, our booking agents can provide you a list of talent that aligns with your event theme, budget and event date.

Mike Greenberg was born August 6, 1967 in New York, New York and is a television anchor, television show host, radio host for ESPN and ABC. At ESPN, he hosts the weekday evening SportsCenter and ESPN Radio's Mike and Mike in the Morning show with Mike Golic. At sister network ABC, he is the host of the former quiz show Duel.

In 1999, with ESPN Radio airing in just four markets, Mike Greenberg was approached about returning to radio to be a part of a morning drive-time show with Mike Golic as co-host. Greenberg agreed (with the understanding that he would continue anchoring SportsCenter on a regular basis), and thus, on October 28, 1998, Mike and Mike in the Morning was born. On April 26, 2004, the show started a regular simulcast on ESPNEWS. Because of their continued success, the duo moved to ESPN2 in January 2006 and since May 2007 can be seen in HDTV, where it is now shown live to television viewers in over 300 markets nationwide

On March 7, 2006 Greenberg released his first book entitled Why My Wife Thinks I'm An Idiot, which reached 14th on the New York Times Bestseller list and was nominated in the 2006 Quill Awards for best sports book.