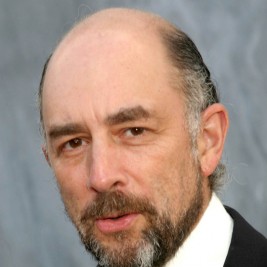 Businesses, Non-profit organizations, event planners and companies across the country have worked closely with our booking agents to hire Richard Schiff for a speaking engagements, guest appearances, product endorsements and corporate events. Many of those same clients have continued to turn to our speakers bureau as we can easily align Richard Schiff’s availability with their upcoming seminar, gala, annual conference, corporate function, and grand opening. Our close relationship with Richard Schiff’s booking agent and management team further enables us to provide inquiring clients with Richard Schiff’s speaking fee and appearance cost.

If your goal is to hire Richard Schiff to be your next keynote speaker or to be the next brand ambassador our celebrity speakers bureau can assist. If Richard Schiff’s booking fee is outside your companies budget or your unable to align with his appearance availability, our booking agents can provide you a list of talent that aligns with your event theme, budget and event date.

Richard Schiff is an American actor and comedian. He played Toby Ziegler on The West Wing, a role for which he received an Emmy Award. Schiff made his directorial debut with The West Wing, directing an episode entitled "Talking Points."

Schiff initially studied directing. He directed several off-Broadway plays, including Antigone in 1983 with a just-graduated Angela Bassett. In the mid-1980s Schiff decided to try his hand at acting and landed several TV roles. He was seen by Steven Spielberg in an episode of the TV drama High Incident and was cast in The Lost World: Jurassic Park. His career began an upward climb that led to his co-starring role as White House Communications Director Toby Ziegler on Aaron Sorkin's award winning television series The West Wing. In 1995, Schiff portrayed a lawyer in Se7en. In 1996, he guest starred on the TV series ER, and appeared in NYPD Blue the following year. In 1996, he portrayed a corrupt probation officer in City Hall along with Al Pacino and John Cusack. Schiff portrayed a doctor alongside Eddie Murphy in the 1998 Dr. Dolittle remake. He also portrayed Col./Brig. Gen. Robert Laurel Smith in the 1998 HBO TV movie The Pentagon Wars, based on the real-life development of the US Army's Bradley Infantry Fighting Vehicle. That same year, Schiff appeared in the movie Deep Impact, in which he played Don Beiderman. Schiff appeared in one episode of Becker during its first season. In 2001, he acted in the movie What's the Worst That Could Happen? starring Martin Lawrence and Danny DeVito. He played the part of the tough Mr. Turner in I Am Sam opposite Sean Penn and Michelle Pfeiffer and co-starred in People I Know with Al Pacino. Schiff appeared in Ray as Jerry Wexler, shaving his beard for the role. After working on The West Wing for 6 seasons, Schiff chose to leave the series, fulfilling his contractual obligations by appearing in half of the following season's episodes. When NBC chose to end the series, Schiff continued his appearances until the end of the show's run in May 2006, though he appeared only briefly in the series finale. That same year, he starred alongside Peter Krause in Civic Duty.

Schiff has been cast to star in the new Showtime series House of Lies, starring Kristen Bell and Don Cheadle. He also stars in the TV movie Innocent with Bill Pullman. He has an recurring guest role in the TV series Once Upon A Time and has joined Helen Hunt and former West Wing star Bradley Whitford in the movie Decoding Annie Parker. Schiff stars in the political series Chasing The Hill. He portrayed Erie Smith in a revival of the Eugene O'Neill play, "Hughie", at the Shakespeare Theatre Company in Washington, D.C., February–March 2013, and Dr. Emil Hamilton in Zack Snyder's 2013 Superman film, Man of Steel. In September 2014, Schiff returned to the West End in a revival of Speed-the-Plow by David Mamet, co-starring Lindsay Lohan. In 2015, Schiff appeared as Dwayne Johnson's character's boss on HBO's Ballers. Around the same time, he also had roles in the films Kill the Messenger, The Automatic Hate, and Take Me to the River. Schiff has a regular role on the TNT's newest crime drama Murder in the First as David Hertzberg. The show also stars Taye Diggs, Kathleen Robertson, and Tom Felton.