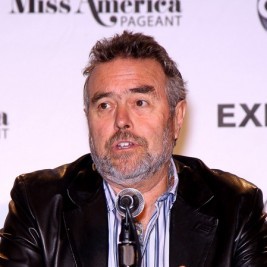 Businesses, Non-profit organizations, event planners and companies across the country have worked closely with our booking agents to hire Tony Eason for a speaking engagements, guest appearances, product endorsements and corporate events. Many of those same clients have continued to turn to our speakers bureau as we can easily align Tony Eason’s availability with their upcoming seminar, gala, annual conference, corporate function, and grand opening. Our close relationship with Tony Eason’s booking agent and management team further enables us to provide inquiring clients with Tony Eason’s speaking fee and appearance cost.

If your goal is to hire Tony Eason to be your next keynote speaker or to be the next brand ambassador our celebrity speakers bureau can assist. If Tony Eason’s booking fee is outside your companies budget or your unable to align with his appearance availability, our booking agents can provide you a list of talent that aligns with your event theme, budget and event date.

Tony Eason was born October 8, 1959 in Blythe, California and is a former quarterback who played in the National Football League for the New England Patriots and New York Jets. Eason retired after the 1990 NFL season and currently resides in California.

Eason became the starting QB for the Patriots in 1984, taking over for longtime starter Steve Grogan.

In the 1985 season, Eason helped the Patriots clinch a playoff berth with a 34-23 win over the Cincinnati Bengals in the season finale. Eason led the Patriots offense as they became the first team in NFL history to win three games on the road to reach the Super Bowl. He threw three touchdowns against the Marino-led Miami Dolphins in the AFC Championship Game, the first time New England had beaten the Dolphins at the Orange Bowl since 1966.

The Patriots made their first appearance in a Super Bowl in franchise history that year, meeting the Chicago Bears with Jim McMahon and Walter Payton. The Bears' famed 46 defense defeated Eason and the Patriots in Super Bowl XX, and Eason became the first starting quarterback in Super Bowl history not to complete a pass, going 0-for-6. Eason was replaced with Grogan, but the Patriots lost the game 46-10. Eason led the Patriots to the AFC East title the following season, but was defeated in the playoffs by John Elway and the Denver Broncos.