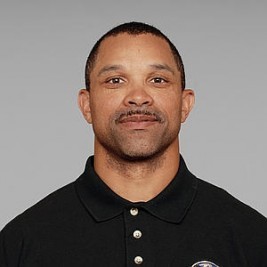 Businesses, Non-profit organizations, event planners and companies across the country have worked closely with our booking agents to hire Mark Carrier for a speaking engagements, guest appearances, product endorsements and corporate events. Many of those same clients have continued to turn to our speakers bureau as we can easily align Mark Carrier’s availability with their upcoming seminar, gala, annual conference, corporate function, and grand opening. Our close relationship with Mark Carrier’s booking agent and management team further enables us to provide inquiring clients with Mark Carrier’s speaking fee and appearance cost.

If your goal is to hire Mark Carrier to be your next keynote speaker or to be the next brand ambassador our celebrity speakers bureau can assist. If Mark Carrier’s booking fee is outside your companies budget or your unable to align with his appearance availability, our booking agents can provide you a list of talent that aligns with your event theme, budget and event date.

Mark Carrier is a retired American football safety who played in the National Football League.

Carrier is a 1989 graduate of the University of Southern California. As a junior in 1989, Carrier was named to the Playboy All-American team and became USC's only winner, to date, of the Jim Thorpe Award, presented annually to the nation's best defensive back. A two-time consensus first-team All-American, Carrier had seven interceptions in 1989, plus 107 tackles, three fumble recoveries and ten pass deflections. A three-year starter for the Trojans, Carrier finished his collegiate career with thirteen interceptions. Carrier was inducted into the USC Athletic Hall of Fame, class of 2006.

He was selected with the sixth pick of the 1990 NFL Draft by the Chicago Bears. Carrier lined up at free safety and won Defensive Rookie of the Year in 1990, after he led the NFL with 10 interceptions, which also set the Bears record for most interceptions in a season. Carrier has also been fined for several of his hits, and also suffered three concussions during his career. Carrier played for the Bears from 1990 to 1996, the Detroit Lions, and Washington Redskins until 2000. Carrier was known as a smart player, often leading the defense. He played in three Pro Bowls, in 1990, 1991 and 1993.

Since retiring he has gone on to become a coach.