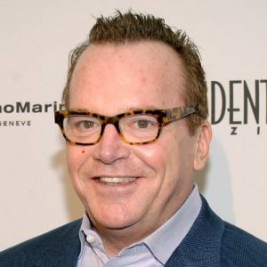 Businesses, Non-profit organizations, event planners and companies across the country have worked closely with our booking agents to hire Tom Arnold for a speaking engagements, guest appearances, product endorsements and corporate events. Many of those same clients have continued to turn to our speakers bureau as we can easily align Tom Arnold’s availability with their upcoming seminar, gala, annual conference, corporate function, and grand opening. Our close relationship with Tom Arnold’s booking agent and management team further enables us to provide inquiring clients with Tom Arnold’s speaking fee and appearance cost.

If your goal is to hire Tom Arnold to be your next keynote speaker or to be the next brand ambassador our celebrity speakers bureau can assist. If Tom Arnold’s booking fee is outside your companies budget or your unable to align with his appearance availability, our booking agents can provide you a list of talent that aligns with your event theme, budget and event date.

Tom Arnold is an American actor and comedian. He has appeared in many films and starred alongside Arnold Schwarzenegger in True Lies (1994). He was the host of The Best Damn Sports Show Period for four years.

In the early 1980s, Arnold had a prop-based comedy routine called "Tom Arnold and the Goldfish Review." Roseanne Barr brought him in as a writer for her television sitcom, Roseanne. He married her in 1990, after she divorced her first husband. Arnold wrote himself into the show as the character "Arnie Thomas" (a play on his name). The couple's marriage attracted media and especially tabloid attention due to their sometimes outrageous behavior. In 1992, Arnold starred in his own sitcom, The Jackie Thomas Show. Airing after Roseanne on ABC, the show lasted only 18 episodes.

In 1993, Arnold and Barr bought a house together in Arnold's hometown of Eldon and opened a restaurant, Roseanne and Tom's Big Food Diner, in nearby Eldon, Iowa. (The diner served loosemeat sandwiches similar to the specialty of the [fictional] Lanford Lunch Box on Roseanne, which in turn was based on the real-life Canteen Lunch in the Alley in Ottumwa.) Both appeared in the 1993 movie The Woman Who Loved Elvis, which was filmed in Ottumwa. Arnold and Barr divorced in 1994, and their restaurant closed in 1995. In a late-1990s interview on radio's Howard Stern Show, Arnold admitted that his share of his and Barr's estate amounted to "over $20,000,000," including a percentage of the Roseanne ABC-TV series, but would not elaborate further, citing a confidentiality clause.

In 1994, Arnold appeared as the sidekick to Arnold Schwarzenegger's character in the James Cameron feature film True Lies. He later supported Schwarzenegger’s bid for the California governorship. The Simpsons have shown Tom Arnold (along with Rosie O'Donnell and Spike Lee) among the "not-so-great" people sent to the sun in a rocket, in their 10th Halloween episode.

Arnold was a host of Fox Sports Net's talk show The Best Damn Sports Show Period. He has also provided the voice for the Arby's "Oven Mitt" character in television commercials for the fast-food chain.

Arnold had his first romantic leading man part in the 2005 movie Happy Endings. That same year, Arnold starred in The Kid & I, which paired him with Eric Gores, the son of billionaire Alec Gores.

From 2008 to 2011, Arnold hosted the CMT show My Big Redneck Wedding. Arnold also hosted CMT's special The Biggest Redneck Wedding Ever in 2008. In this special, he served as the wedding planner, created a wedding that exceeded the dreams of a couple who wanted to be married in a mud bog, and performed the actual ceremony.

Arnold's role as a child molester in Gardens of the Night had special significance, as he was the victim of sexual abuse in his childhood. Arnold decided to take on the role to shed more light on the issue.