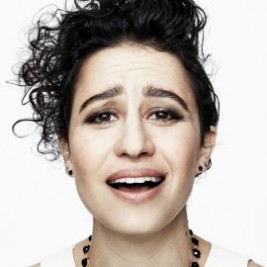 Businesses, Non-profit organizations, event planners and companies across the country have worked closely with our booking agents to hire Ilana Glazer for a speaking engagements, guest appearances, product endorsements and corporate events. Many of those same clients have continued to turn to our speakers bureau as we can easily align Ilana Glazer’s availability with their upcoming seminar, gala, annual conference, corporate function, and grand opening. Our close relationship with Ilana Glazer’s booking agent and management team further enables us to provide inquiring clients with Ilana Glazer’s speaking fee and appearance cost.

If your goal is to hire Ilana Glazer to be your next keynote speaker or to be the next brand ambassador our celebrity speakers bureau can assist. If Ilana Glazer’s booking fee is outside your companies budget or your unable to align with his appearance availability, our booking agents can provide you a list of talent that aligns with your event theme, budget and event date.

Ilana Glazer (born April 12, 1987) is an American comedian, writer, and actress. She is best known for co-creating and co-starring in the Comedy Central series Broad City with Abbi Jacobson, based on the web series of the same name.

Glazer is the daughter of Sandi (née Wexler) and Larry Glazer, who both work in insurance and finance. She grew up in St. James, New York, with her brother, Eliot, and was raised in a Reform Jewish household. Glazer began taking classes at the Upright Citizens Brigade Theatre in 2006 and performed around New York City doing improv and stand-up for the next several years.

In 2009, along with co-creator Abbi Jacobson, Glazer began shooting Broad City, a web series starring the two as fictionalized versions of themselves. The series was nominated for an ECNY Award for 'Best Web Series' and was positively received, garnering attention from major media outlets such as Entertainment Weekly, USA Today, and The Wall Street Journal. The series caught the attention of Amy Poehler, who subsequently met with Glazer and Jacobson to help them shop a pilot script based on the series. Poehler also agreed to star in the web series finale.

In 2011, cable network FX, working with Amy Poehler as the producer, purchased a script commitment for the series from Glazer and Jacobson. However, the network did not approve the script and decided not to proceed with development. Glazer and Jacobson then approached Comedy Central, who agreed to purchase the script from FX and order a pilot. Broad City made its broadcast television premiere in January 2014 and was received with positive reviews and strong ratings, becoming Comedy Central's highest-rated first season since 2012 among the younger demographics, including adults 18-34, with an average of 1.2 million viewers.

The show has received critical acclaim from fans and critics alike. Review aggregation website Metacritic noted season 1 received "generally favorable reviews," giving it a score of 75 out of 100, based on reviews from 14 critics.[19] Karen Valby from Entertainment Weekly described the show as a "deeply weird, weirdly sweet, and completely hilarious comedy." The Wall Street Journal referred to the show as "Sneak Attack Feminism." Critic Megan Angelo quotes Abbi Jacobson, main star of Comedy Central's Broad City: "If you watch one of our episodes, there’s not a big message, but if you watch all of them, I think, they’re empowering to women.” The A.V. Club critic Caroline Framke wrote that Broad City was "worth watching" despite its "well-trod premise," and that the series is "remarkably self-possessed, even in its first episode."

Season 1 of the show received a 96% "Certified Fresh" rating from Rotten Tomatoes, based on reviews from 23 critics, with the site's consensus stating, "From its talented producers to its clever writing and superb leads, Broad City boasts an uncommonly fine pedigree."[23] The A.V. Club named Broad City the second best TV show of 2014 for its first season.

In February 2014, Comedy Central renewed the show for a second season. Season 2 received positive reviews, with Metacritic giving it a score of 89 out of 100, based on reviews from 8 critics, indicating "universal acclaim." Rotten Tomatoes gave the second season a rating of 100%, based on reviews from 11 critics, with the site's consensus: "Led by two of the funniest women on TV, Broad City uses its stars' vibrant chemistry to lend an element of authenticity to the show's chaotic yet enlightening brand of comedy."

Glazer starred in the 2013 independent feature How to Follow Strangers. The film won top prize at the Lower East Side Film Festival. She appears in the 2015 film The Night Before.