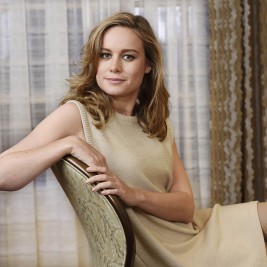 Businesses, Non-profit organizations, event planners and companies across the country have worked closely with our booking agents to hire Brie Larson for a speaking engagements, guest appearances, product endorsements and corporate events. Many of those same clients have continued to turn to our speakers bureau as we can easily align Brie Larson’s availability with their upcoming seminar, gala, annual conference, corporate function, and grand opening. Our close relationship with Brie Larson’s booking agent and management team further enables us to provide inquiring clients with Brie Larson’s speaking fee and appearance cost.

If your goal is to hire Brie Larson to be your next keynote speaker or to be the next brand ambassador our celebrity speakers bureau can assist. If Brie Larson’s booking fee is outside your companies budget or your unable to align with his appearance availability, our booking agents can provide you a list of talent that aligns with your event theme, budget and event date.

Brie Larson is an American actress, singer-songwriter and musician. She is best known for her roles in Right on Track, Sleepover, Remember the Daze, United States of Tara, Scott Pilgrim vs. the World, and 21 Jump Street. Her only album Finally out of P.E. was released in October 2005 and her song Hope Has Wings was released as a music video on the Barbie and the Magic of Pegasus DVD.

Larson was born in Sacramento, California. Larsons first job was performing in sketches on The Tonight Show with Jay Leno. Soon after, she was cast in the television series Schimmel, which was announced but never aired as, shortly before filming, the star Robert Schimmel was diagnosed with cancer. After being on hold for ten months FOX canceled the show. She later auditioned for a new show for the WB called In Your Dreams. She landed the role of Bob Sagets younger daughter, Emily. The show was selected for the 2001-2002 fall season, and was renamed Raising Dad. The show was then canceled after twenty-seven episodes. Larson was also cast in the pilot for the ABC sitcom Hope and Faith, however, she and some of the other cast members were dropped after the unaired pilot.

In 2003, Larson was cast as Courtney Enders in the Disney Channel Original Movie Right on Track, a film based on a true story. In July, 2004 she co-starred with a large cast of teen actors in the film Sleepover. She also had a small role in the movie 13 Going on 30. Larson also appeared in the film Hoot, opposite actors Logan Lerman and Cody Linley, both of whom are very good friends of hers. The film opened on May 5, 2006. Larsons voice is also featured in the movie Farce of the Penguins as a teenage penguin. She played Angie in the 2007 comedydrama Remember the Daze.

Larson appeared in the 2008 short film The Babysitter, written and directed by David H. Steinberg and co-starring Josh Cooke, Molly Hagan and John Kapelos. The film can be seen exclusively online at Atom Films. She appeared in an episode of Ghost Whisperer in January 2008. She also has a role as Kate in the 2008 film, Tanner Hall, directed by Francesca Gregorini and Tatiana von Furstenberg. Larson played the character Kate Gregson on the Showtime series United States of Tara. The show premiered on January 18, 2009 and was cancelled on May 23, 2011 with its final episode airing on June 20, 2011.

In 2012, Larson appeared in the film adaptation of the popular 1980s TV show 21 Jump Street. She played Molly, co-starring with Channing Tatum and Jonah Hill.