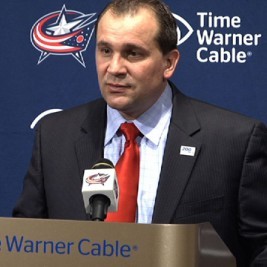 Businesses, Non-profit organizations, event planners and companies across the country have worked closely with our booking agents to hire Todd Richards for a speaking engagements, guest appearances, product endorsements and corporate events. Many of those same clients have continued to turn to our speakers bureau as we can easily align Todd Richards’s availability with their upcoming seminar, gala, annual conference, corporate function, and grand opening. Our close relationship with Todd Richards’s booking agent and management team further enables us to provide inquiring clients with Todd Richards’s speaking fee and appearance cost.

If your goal is to hire Todd Richards to be your next keynote speaker or to be the next brand ambassador our celebrity speakers bureau can assist. If Todd Richards’s booking fee is outside your companies budget or your unable to align with his appearance availability, our booking agents can provide you a list of talent that aligns with your event theme, budget and event date.

Todd Richards was born October 20, 1966 in Crystal, Minnesota and is the head coach of the Columbus Blue Jackets hockey franchise. He was formerly an American professional ice hockey defenseman and the head coach of the Wilkes-Barre/Scranton Penguins of the AHL. His younger brother Travis Richards was also a professional ice hockey defenseman. After retiring from playing, Richards spent four seasons as an assistant coach for the Milwaukee Admirals. The Admirals advanced to the playoffs each year. In 2004, Milwaukee won the Calder Cup, after sweeping the Wilkes-Barre/Scranton Penguins in four games. On August 3, 2006, Richards became the fifth head coach of the Wilkes-Barre/Scranton Penguins. During his first season, he guided Wilkes-Barre/Scranton to a 51-24-2-4 record and a second-place finish in the AHL's East Division. The Penguins advanced to the East Division Finals before falling to the Hershey Bears. Richards signed as an assistant coach with the San Jose Sharks of the NHL for the 2008-09 season. On June 16, 2009, it was announced that Richards would become the second head coach in the history of the Minnesota Wild.