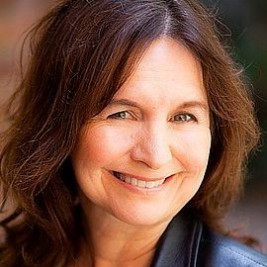 Businesses, Non-profit organizations, event planners and companies across the country have worked closely with our booking agents to hire Elaine Hall for a speaking engagements, guest appearances, product endorsements and corporate events. Many of those same clients have continued to turn to our speakers bureau as we can easily align Elaine Hall’s availability with their upcoming seminar, gala, annual conference, corporate function, and grand opening. Our close relationship with Elaine Hall’s booking agent and management team further enables us to provide inquiring clients with Elaine Hall’s speaking fee and appearance cost.

If your goal is to hire Elaine Hall to be your next keynote speaker or to be the next brand ambassador our celebrity speakers bureau can assist. If Elaine Hall’s booking fee is outside your companies budget or your unable to align with his appearance availability, our booking agents can provide you a list of talent that aligns with your event theme, budget and event date.

Elaine Hall - also known as "Coach E!" and called "the child whisperer" by The New York Times - was a top Hollywood children's acting coach whose life changed dramatically after her son Neal, adopted from a Russian orphanage, was diagnosed with autism. When traditional behavioral therapies did not work for him, she sought the esteemed Dr. Stanley Greenspan who encouraged her to rally creative people to join Neal's world. Slowly, he emerged out of his isolation.

Hall then created The Miracle Project, a theatre and film social skills program profiled in the Emmy Award-winning HBO documentary Autism: The Musical, which now has locations in Los Angeles and New York City. A media personality, she blogs for The Huffington Post and has appeared on CNN, CBS, Oprah Radio, and Autism Radio and been featured in The LA Times, The New York Times, and The Wall Street Journal. She has received honors from Autism Speaks, the Autism Society of Los Angeles, the Mayor of Los Angeles, Senator Pavley, Areva Martin, Holly Robinson Peete, Etta Israel, and the Shalom Institute. Los Angeles Magazine named her one of "Los Angeles's 50 most inspiring women."

Her memoir, Now I See the Moon, was chosen for World Autism Awareness Day at the United Nations, where she has spoken several times. Now I See the Moon was recently selected for Jewish Disability Awareness Month in February 2013. Hall presented her latest book, Seven Keys to Unlock Autism: Creating Miracles in the Classroom, at an international conference in Jerusalem. She directs an arts enrichment and religious education program at Vista Del Mar.

An international keynote speaker and workshop leader, Elaine Hall calls attention to the modern-day epidemic of autism while celebrating the value of the human spirit in overcoming any challenge.