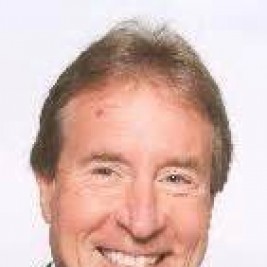 Businesses, Non-profit organizations, event planners and companies across the country have worked closely with our booking agents to hire Gary Barnett for a speaking engagements, guest appearances, product endorsements and corporate events. Many of those same clients have continued to turn to our speakers bureau as we can easily align Gary Barnett’s availability with their upcoming seminar, gala, annual conference, corporate function, and grand opening. Our close relationship with Gary Barnett’s booking agent and management team further enables us to provide inquiring clients with Gary Barnett’s speaking fee and appearance cost.

If your goal is to hire Gary Barnett to be your next keynote speaker or to be the next brand ambassador our celebrity speakers bureau can assist. If Gary Barnett’s booking fee is outside your companies budget or your unable to align with his appearance availability, our booking agents can provide you a list of talent that aligns with your event theme, budget and event date.

He is a former college football coach. He was the head coach of Northwestern University from 1992 to 1999.

He left Northwestern for the University of Colorado, where he was head coach from 1999 to 2005, though he was suspended briefly in 2004 due to a recruiting scandal.

Barnett played wide receiver for Missouri from 1966-1969. He is not listed in any statistical category for Missouri. He lettered his senior year under coach Dan Devine.

Barnett started his coaching career at Missouri as a graduate assistant from 1969-1971 under coach Al Onofrio. After he graduated, he was a successful high school coach at Air Academy High School in Colorado Springs, Colorado for eleven years (9 as head coach). His team won 6 conference titles and reach the state semi-finals twice (1980 and 1981).

Barnett then began his head coaching at Fort Lewis College in Durango, Colorado. After two seasons as head coach, he left on February 20, 1994 to become an assistant coach at Colorado under head coach Bill McCartney. He was the running backs coach for the first season, but switched to quarterbacks and fullbacks coach the the next 7 seasons.

On December 3, 1990, he was promoted to Offensive Coordinator and his first game as OC was against Notre Dame in the 1991 Orange Bowl which Colorado won to become the NCAA Division I-A national football championship. In 1991, he left after eight seasons to become the head coach at Northwestern. In 1995, Barnett led Northwestern to the Big Ten Conference title and the 1996 Rose Bowl, its first since 1949. The Wildcats lost 41-32 to USC. The following year, the Wildcats reached the Florida Citrus Bowl, losing 48-28 to Tennessee.

In 1999, Barnett left Northwestern to become the 22nd head coach of Colorado. His career is generally successful, but a recruiting scandal tarnished his reputation. Colorado was alleged that recruits were enticed to come to Colorado with sex and alcohol during recruiting visits causing the school to self-impose harsher recruiting rules than any other Division I-A school. That scandal, coupled with Barnett's dismissive comments about former placekicker Katie Hnida, who alleged that she had been raped by a teammate, led to Barnett's temporary suspension in 2004 during the off-season. Barnett was reinstated before the start of the 2004 season, and went on to coach the team to an 8-5 record, earning Big 12 Coach of the Year honors along the way. Barnett is more commonly known for these two events than his coaching performance.

Barnett continued as coach in 2005, leading the Buffaloes to a 7-2 start. However, on December 9, 2005, following consecutive losses to Iowa State and Nebraska in the Buffaloes' last two regular-season games, and a 70-3 blowout by the eventual national champion Texas Longhorns in the Big 12 championship game, Barnett's contract was bought out in a $3 million settlement. Colorado then went on to play in the Champs Sports Bowl losing to Clemson. The loss is officially credited to Barnett, even though he was no longer with Colorado.

Colorado was the Big 12 North Champion 4 of the 7 years under Barnett, and Big 12 Champion one of those years (2001). Colorado was also ranked #2 in the nation and part of a controvery with the BCS Poll in the 2001 season when Nebraska was selected ahead of Colorado for the National Championship game, even though Colorado had just beat Nebraska 62-36.

He currently operates the Gary Barnett Foundation which was formed in February 2005. The foundation is a tax-exempt, non-profit organization dedicated to the support of educational programs for economically disadvantaged and at-risk youth.