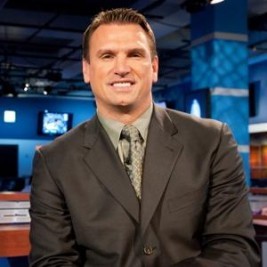 Businesses, Non-profit organizations, event planners and companies across the country have worked closely with our booking agents to hire Tim Legler for a speaking engagements, guest appearances, product endorsements and corporate events. Many of those same clients have continued to turn to our speakers bureau as we can easily align Tim Legler’s availability with their upcoming seminar, gala, annual conference, corporate function, and grand opening. Our close relationship with Tim Legler’s booking agent and management team further enables us to provide inquiring clients with Tim Legler’s speaking fee and appearance cost.

If your goal is to hire Tim Legler to be your next keynote speaker or to be the next brand ambassador our celebrity speakers bureau can assist. If Tim Legler’s booking fee is outside your companies budget or your unable to align with his appearance availability, our booking agents can provide you a list of talent that aligns with your event theme, budget and event date.

Legler went undrafted in the 1988 NBA Draft and went to play basketball in Europe. After playing a few seasons in Europe, he came back to America and played in the Continental Basketball Association with the Omaha Racers. He led Omaha to a CBA championship while leading the league in scoring.

Legler played in the NBA at the shooting guard position from 1989 to 2000. He is probably known most as a player in Washington, where he played four seasons (two with the Washington Bullets and two with the re-branded Washington Wizards) from 1995-1999. His best NBA season was 1995-1996, when he ranked first in the league in both 3-point field goal percentage and true shooting percentage, second in turnover ratio, and won the 1996 Three-Point Shootout during All-Star Weekend. He also was a runner up for the Sixth Man of the Year award, which was won by Toni Kukoc of the Chicago Bulls. He holds the record for a 3-round aggregate of (23, 22 and 20 out of 30 each) 65 points (out of 90).

Legler was well-known as an accurate three-point shooter, making 260 of his 604 attempts from that range in his career, an accuracy of 43%. This figure ranks fourth on the all-time list, behind only Steve Kerr, Hubert Davis, and Drazen Petrovic. Legler also played for the Phoenix Suns, Denver Nuggets, Utah Jazz, Dallas Mavericks, and Golden State Warriors. His career ended after a re-occurring knee problem.

Legler currently appears regularly on the ESPN programs NBA Shootaround, NBA Fastbreak, NBA Coast to Coast, and as a basketball analyst for SportsCenter and on various shows on ESPN Radio. He has worked at the network since 2002. He is best known on ESPN for his segment where he details the relationship between shoe sizes and three point percentages.