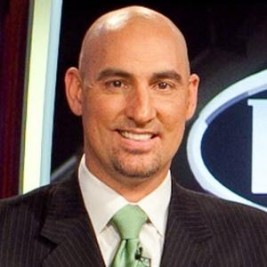 Businesses, Non-profit organizations, event planners and companies across the country have worked closely with our booking agents to hire Jon Barry for a speaking engagements, guest appearances, product endorsements and corporate events. Many of those same clients have continued to turn to our speakers bureau as we can easily align Jon Barry’s availability with their upcoming seminar, gala, annual conference, corporate function, and grand opening. Our close relationship with Jon Barry’s booking agent and management team further enables us to provide inquiring clients with Jon Barry’s speaking fee and appearance cost.

If your goal is to hire Jon Barry to be your next keynote speaker or to be the next brand ambassador our celebrity speakers bureau can assist. If Jon Barry’s booking fee is outside your companies budget or your unable to align with his appearance availability, our booking agents can provide you a list of talent that aligns with your event theme, budget and event date.

Retired NBA player Jon Barry was born July 25, 1969 in Oakland, California and is a current television analyst for ABC and ESPN.

Barry is the son of Hall of Famer Rick Barry, and has three brothers: Scooter, Drew, Brent, all of whom are also basketball players. Barry has played for the Milwaukee Bucks, Atlanta Hawks, Los Angeles Lakers, Golden State Warriors, Sacramento Kings, Detroit Pistons, Denver Nuggets and most recently the Houston Rockets. He was a first round draft pick in 1992, out of Georgia Tech.

Barry played his high school basketball at De La Salle High School in Concord, California. He then played one year each at Pacific and Paris Junior College, before receiving a basketball scholarship to attend Georgia Tech in Atlanta, Georgia.

Barry had 12 first-half points in a 3-minute span in the deciding game 5 of the first round of the 2002 NBA Playoffs in the Detroit Pistons' series against the Toronto Raptors. Barry left the Pistons after the 2002-03 season, and was also released from the Rockets on March 1, 2006, which marked the end of his NBA playing career.

Barry is the brother-in-law of pro golfer Billy Andrade, and step-son of Lynn Barry.