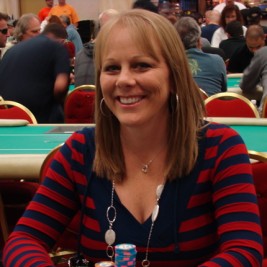 If your goal is to hire Shirley Rosario to be your next keynote speaker or to be the next brand ambassador our celebrity speakers bureau can assist. If Shirley Rosario’s booking fee is outside your companies budget or your unable to align with his appearance availability, our booking agents can provide you a list of talent that aligns with your event theme, budget and event date.

While working as a cocktail waitress at the Commerce Casino she got to know some of the best poker players in the world, and developed a passion for playing poker. Steve Badger is one of the professional poker players that she became friends with during that time and is her "poker mentor".

She left her job as a cocktail waitress in 2003 and spent the next year and half making most of her money playing online poker. In 2004, she accepted a job as a prop player at the Bicycle Casino. As a prop, Rosario played a wide variety of games and has credited the job with "rounding out" her game. In addition to her prop duties, she was a commentator for the casino's Live at the Bike show, which featured ring game poker games broadcast live over the Internet. The show aired via the web and eventually made it to the Poker Channel in the UK under the name The L.A. Poker Scene. At the end of 2005, she decided to focus more on tournament poker, so she left her job at the Bicycle Casino.

Rosario plays online poker and casino ring games as well as No Limit Texas hold 'em and Omaha hold 'em poker tournaments. She considers Omaha High Low to be her best game with several final table appearances to her credit, including winning the 2005 Legends of Poker Omaha Championship and finishing second to Phil Hellmuth in 2003 at the L.A. Poker Classic Omaha Championship. She also has several final table finishes in No Limit Hold 'em including a first place finish at the 2003 Grand Slam of Poker No Limit Hold 'em Shootout at the Hustler Casino.

When not playing the game, she works on the business side of poker by owning and operating her own website, Poker-Babes.com, which includes her journal, her personal profiles of many famous and not so famous poker players and reports on various tournaments like the World Poker Tour and World Series of Poker. In 2004, she appeared in Poker for Dummies with Chris Moneymaker. She has also written articles for several poker publications.As of 2006, her total live tournamant winnings exceed $100,000.