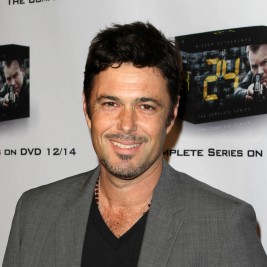 Businesses, Non-profit organizations, event planners and companies across the country have worked closely with our booking agents to hire Carlos Bernard for a speaking engagements, guest appearances, product endorsements and corporate events. Many of those same clients have continued to turn to our speakers bureau as we can easily align Carlos Bernard’s availability with their upcoming seminar, gala, annual conference, corporate function, and grand opening. Our close relationship with Carlos Bernard’s booking agent and management team further enables us to provide inquiring clients with Carlos Bernard’s speaking fee and appearance cost.

If your goal is to hire Carlos Bernard to be your next keynote speaker or to be the next brand ambassador our celebrity speakers bureau can assist. If Carlos Bernard’s booking fee is outside your companies budget or your unable to align with his appearance availability, our booking agents can provide you a list of talent that aligns with your event theme, budget and event date.

Carlos Bernard is best known for his role on the hit television drama series "24". He joined the FOX Network's "24" series in 2001, playing the role of Tony Almeida, a government agent for the fictional agency CTU (counter-terrorist unit).

Carlos Bernard was on the show for three seasons until his character, along with a few others, was written out at the end of season 3 (2004).  However, his absence was short-lived, as he returned midway through the fourth season and four appearances during the fifth season.

Carlos has guest starred in roles on "Babylon 5", "Walker, Texas Ranger", "Maloney", and "Silk Stalkings" and has had regular apperances on the daytime soap opera, "The Young and the Restless".  Carlos Bernard's film credits include "Vegas: C.O.D.", "The Colonel's Last Flight", and "The Killing Jar".