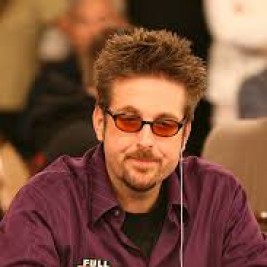 If your goal is to hire Robert Williamson to be your next keynote speaker or to be the next brand ambassador our celebrity speakers bureau can assist. If Robert Williamson’s booking fee is outside your companies budget or your unable to align with his appearance availability, our booking agents can provide you a list of talent that aligns with your event theme, budget and event date.

Williamson grew up with three sisters in Granbury, Texas and received B.B.A. degrees in finance and real estate from Angelo State University in San Angelo.

He began playing aged 10 or 11, after being introduced to the game by his father. He quotes Russ Hamilton as the player he has learned from the most.

Williamson is known as an Omaha specialist, with numerous notable finishes in World Series of Poker (WSOP) Omaha tournaments, including:

Williamson has also made two money finishes on the World Poker Tour.

Williamson has a wife named Kate.